The Greatest 11 Who Never Won the Champions League (Part I) 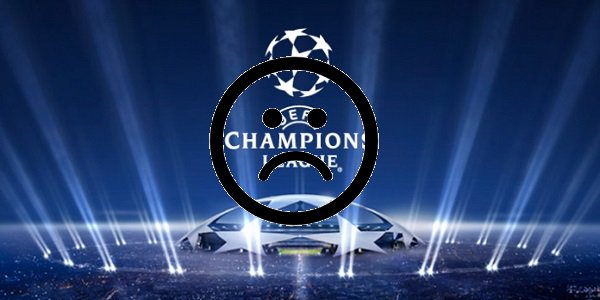 The Champions League is a stage built for the biggest in the business, yet you would be surprised how many of them weren’t able to crown their club career with a European Cup.

Champions League tracks back to 1955, when UEFA decided to introduce the European Champion Club’s Cup. The tournament became the biggest competition in European football and amongst pundits, fans and the online sportsbooks in the EU the best clubs are ranked by the number of trophies won since. That is the reason why Real Madrid, AC Milan, Bayern Munich, Liverpool, Barcelona, Ajax, Internazionale and Manchester United are considered to be the greatest clubs ever, winning three or more European Cups each.

This would suggest that the best players took part in the competition that was rebranded as Champions League in 1992, can be ranked by the number of trophies too. In general, this might be true, but there are always exceptions. Let’s see the top of the record for example: right behind Paolo Maldini, who won it five times and is considered as one of the best defender ever played the game, there is Clarence Seedorf, whose name would rarely come up when listing the true greats. He wouldn’t even make top 50, though he played at the highest possible level and was obviously a world class midfielder. He is the most successful player of the Champions League era however, having won four trophies with three different teams, Ajax, Real Madrid and AC Milan, during his career that lasted for 22 years.

• Football’s tragic heroes
• Close to perfection
• Finals only, but no crowns

And there is the other side. There are quite a few super class players with brilliant careers who never won the Champions League (or the European Cup). Some of them were unlucky in club football, some of them were unlucky regarding trophies in their whole careers and some of them won everything apart from the biggest trophy in club football. Here are the greatest eleven players whose collection lacks the Champions League Trophy. There will be a few surprises, I am sure. They are listed in alphabetical order.

A tragic hero, as he will always be remembered by the online betting audience of one missed penalty. Although, simply based on his statistics, he was one of the best penalty takers ever, Baggio kicked the ball well above the crossbar in the 1994 World Cup final’s shootout and that meant that Brazil won their fourth title instead of Italy. That missed penalty came after a successful tournament from the Italian, who scored five goals in the knockout phase, but was struggling with an injury against Brazil. However, he played the full 120 minutes of the rather uneventful final.

He had to play, as he was Italy’s talisman: Baggio took part in three world cups between 1990 and 1998 and was one of the best players of the World in the nineties, winning Ballon d’Or in 1993. He came close to triumph in 1990 as well, when Italy finished third on home soil, but in the end he did not won a thing with the national side. And in that respect his club career was similar as his potential, his impact on the field rarely materialized in trophies. If you bet on sports in the EU you might know that though his individual awards and records would fill a whole book, the “Divine Pigtail” won just two Scudettos, a UEFA Cup and a Coppa Italia during his career that lasted for two decades.

During that time he never got a realistic shot at the Champions League, as he left Juventus in 1995, right before they went all the way the competition, to join AC Milan, a team being over their peak then. Later on he played for Inter too, alongside Ronaldo and Christian Vieri, but those times the Nerazzurri was in decline, and it just did not matter who they signed. Regardless his serious lack of trophies compared to his skillset and performance, Roberto Baggio was one of the finest players Italy ever produced, but one who somehow never was around when the anthem of the UEFA Champions League was ringing out at loud.

Germany’s Silver Boy is the most obvious player on this list as he came close to winning in almost every international football competition, but in the end he always failed. He led Bayer Leverkusen to the Champions League final in 2002, only to be defeated 2-1 by the Galacticos of Real Madrid in Glasgow. Then he went even closer with Chelsea, but in 2008 John Terry slipped in the penalty shootout, and Manchester United took the trophy home from Moscow, as it was expected by the internet betting in the UK.

The midfielder had similar experiences with the German national team. In 2002 the Nationalelf reached the World Cup final but in Yokohama Ronaldo beat Oliver Kahn twice and Brazil celebrated their fifth title. In 2008 Ballack and co. met Spain in Vienna in the final of the European Championship, but this time Fernando Torres took care of them, who scored the only goal of the game. However, Ballack won everything in Germany and in England while playing for Bayern Munich and Chelsea, and thus he possesses three times as many major trophies as Baggio does, but he never found the keystone of his career.

Though being a true class player with a unique vision and a perfect skillset, somehow he managed to avoid the luckiest European sides during his career. He left Ajax in 1993, before the Dutch kids conquered the continent by Louis van Gaal’s philosophy. Today’s mobile betting audience might be stunned at learning that he chose Inter, but back then nobody knew that a footballing black hole appeared in Milan in the first half of the nineties, and absorbed almost every potential until it was blown away by Roberto Mancini in the middle of the 2000s. Bergkamp was nowhere near then however, as he joined Arsenal in 1995, where he soon became a cult hero winning three Premier League titles and four FA Cups.

He has been suffering from aviophobia since 1994, when the engine of the plane with the Dutch national team on the board cut out during a flight while at the World Cup. Therefore it wasn’t always possible for the Non-Flying Dutchman to make it to an Arsenal away appearance in the Champions League, but he made his mark in the competition nevertheless. In his last playing season the Gunners went all the way to the final in Paris, but Barcelona denied Bergkamp from finishing his career with the most valuable club trophy in his hands. They came back from a 1-0 deficit against Arsenal who were playing with ten men after Jens Lehmann’s red card in the first half. However, you will probably never meet an Arsenal fan with an opinion about Bergkamp’s career being incomplete.

Although the players above were clearly amongst the best in the business, they only share three Champions League finals between them. Ballack and Bergkamp, albeit the latter was an unused substitute against Barca, even were playing for teams that managed to take the lead in the most important game of European football. They weren’t able to succeed eventually, but their names are written into the history books of football in bold letters.