The NFL and Concussions: An Unholy Matrimony 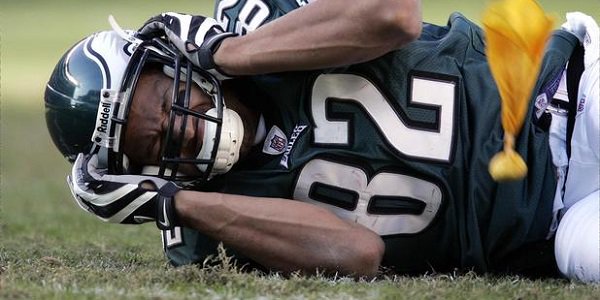 The NFL and concussions is a secret many would like to keep apart.

In gambling news, a new film will be released this Christmas starring Will Smith. The film, entitled “Concussion”, is about the true account of Dr. Bennet Omalu, a pathologist who finds the biological link between football and head trauma. This link takes the form of a disease that causes the brains of former players to deteriorate and lead to possible suicide. In addition, the film uses examples of actual former NFL players like Junior Seau.

• “Concussion” is a film about the true account of Dr. Bennet Omalu
• Dr. Omalu first discovered CTE in the brain of Mike Webster in 2002
• Every autopsy done of former NFL players has revealed signs of CTE

Although the trailer is available for viewing, Sony Pictures is not saying much about it. Dr. Omalu’s story, as well as other stories, has the NFL very nervous about their image. Much has been said about the NFL indifference or downright disregard for the health of former players who have made the organization millions in revenue. Considering the 10 billion dollars made in NFL revenue, some concern should be warranted.

A doctor thinks of the connection between the NFL and concussions

Long term brain damage due to head trauma was originally associated with sports such as boxing in the 1930’s. American football was played before America’s national sport. Despite the length of time football was played with less than adequate head protection, the NFL didn’t officially acknowledge the sports possible link to brain damage until 2010.

In 2002, Dr. Omalu, a forensic pathologist, had the task of conducting an autopsy on Mike Webster, a former Pittsburg Steeler. Growing up in Nigeria, Dr. Omalu didn’t grow up knowing the cultural importance of American football. He learned of Webster on the news as an athlete who couldn’t function well after retirement and ended up selling his rings. At this time, he was unaware he would be examining Webster’s body later that day.

Will Smith portrays the Nigerian-born Dr. Omalu in the film

Although Webster supposedly died from a heart attack, Dr. Omalu made the simple connection between football and head trauma. He went on to say this in an interview. “I’m like, wait a minute. If he played football for them to wear helmets and all those protective gear, that meant it was a violent game. That meant they were exposed to repeated trauma to justify the need to wear a helmet.”

Making the link between football and dementia pugilistica, which affects boxers, the doctor went on to the office. There he would find out that he was about to examine Webster. Looking at his official records, the doctor found out that post concussion syndrome was one of the listed factors contributing to his death. That information gave him the “green light” to proceed to look at the brain. Nobody mobile betting could have predicted what he would find.

Looking at Webster’s body, Omalu had a mental conversation with the former NFL player and vowed to prove the establishment wrong. To the doctor’s surprise the normal looking brain appeared atypical of the shriveled brain commonly associated with Alzheimer’s disease and dementia. Samples of the brain were taken and tests were conducted to examine for signs of dementia more closely.

Webster’s life was a downward spiral after retirement, as a result of the sustained brain damage

Mike Webster had a sad life after football. Losing all of his money, he lived homeless on the streets and soon became a drug addict. Suffering from severe depression, he had difficulty orienting himself around his neighborhood. His increasing lack of socioeconomic status in his personal life and interpersonal relations all are classic symptoms of brain deterioration documented as early as the 18th century.

As the result of his investigation into microbiology that had yet been classified, the doctor sent brain samples as “unknowns” to his other professors. Looking at the samples and test results, the doctor identified “abnormal proteins” in Webster’s brain called neurofibrillary threads. Deciding to present the disease to the scientific community, Omalu called the disease Chronic Traumatic Encephalopathy.

Taking a gamble few punters would, using online sportsbooks in the US , Dr. Omalu came forward to the neuroscientific community. Thinking that knowledge of this disease would benefit the integrity of the NFL, the doctor was proven wrong. CTE formed an exact ailment which the NFL could lose billions on in liability costs. Also, the future of NFL could be at stake if children avoid playing football due to its violence. Dr. Omalu has done autopsies on many other former football players and they all had CTE to a certain degree.