The Real High Rollers: Casino Turns Members of a Tribe into Millionaires

News >The Real High Rollers: Casino Turns Members of a Tribe into Millionaires 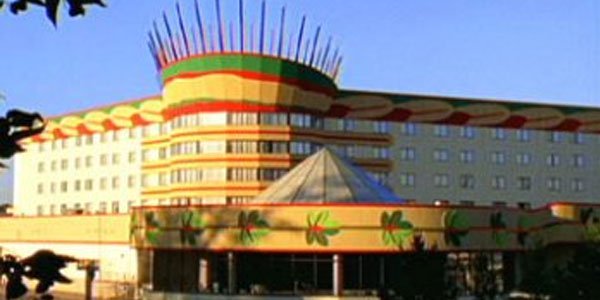 The road to wealth: a casino resort helped members of the Shakopee Mdewakanton tribe to become millionaires.

Anyone opposing the casino business should hear the moving story of the Shakopee Mdewakanton tribe. A few decades ago, members of the Indian tribe were living in poor conditions and surviving on food supplies sent by the government. Now they earn over $1 million a year. The whole tribe supports itself from the profits made at its casino venue, located on a small reservation.

However, their lucky streak might be over, as America’s biggest casino developers are slowly expanding outside of Las Vegas. Meanwhile, internet gambling is not only legal, but flourishing and spreading across the US.

The story of the Shakopee is moving and impressive. It was only one generation ago that three quarters of the tribe’s members were so poor that they had nothing to eat. Their lives seemed to depend on government food supplies.

The Shakopee tribe has about 480 members. Their ancestors were hunted down, slaughtered and exiled from Minnesota 150 years ago. They did not know the comfort of a house with plumbing. Most of its members lived in trailers and used water from melted snow in order to bathe.

All this came to an end a few decades ago, when the tribe’s leaders decided it was time to start a business, as some source of financial income. The Shakopee opened two casinos, a 600-room hotel, along with a championship golf course. They hired famous artists and organized concerts to attract people to their small reservation.

Things soon took an impressive turn, with such a thriving gambling and entertainment business and the Shakopee Mdewakanton are now believed to be America’s richest tribe, by individual income. Court records confirm that each adult now earns a monthly payment of $84,000. To offer you the bigger picture, this adds up to a yearly income of over $1 million.

And here’s another interesting fact about the Shakopee: their casinos don’t have employees. They have volunteers working for the benefit of the community and, of course, for their own personal gain. Stanley R. Crooks, the tribe’s president explains: “We have 99.2 percent unemployment. It’s entirely voluntary.”

When passing through their reservation, you can tell that the Shakopee are a wealthy tribe. There are only a few mansion-sized houses, but most of the families own a second property and almost all of them have at least one expensive car. Kids are sent to private schools and the parents often engage in expensive hobbies, such as hunting or thoroughbred breeding.

Indeed, it’s fascinating to see how a community can thrive and get to a point where each of its members earns enough to be a millionaire. But not all is spent on expensive vacations and cars. With their newly gained wealth, the Shakopee thought it was time to be generous. Since 1996, the tribe has donated a total of $243.5 million. About $120 million of this money went to poorer Indian communities.

The Indian tribe’s donation comes close to what large corporations give, even though they it doesn’t receive tax deductions, like other major private businesses do. In addition to all this, Scott County’s largest employer has given something back to the local community, by financing projects such as building roads, schools and hospitals.

“We’re doing very well. We feel we have an obligation to help others. It’s part of our culture,” Crooks said.

While the Shakopee’s business is thriving, Native American casinos across the US are facing some serious competition, due to the expansion of internet gambling in America. Nevada, Delaware and New Jersey have already opened the market to internet operators and California lawmakers have recently drafted two bills which call for the legalization of online poker sites.

Online gambling is spreading across the US, but this is not the only thing threatening Indian tribes. Several states are starting to see casinos as a source of profit and decided to take advantage of the current American gambling laws by handing out more licenses to land-based casino operators.

The expansion of gambling in the US is bound to have a big impact on tribal casinos, which have been flourishing over the past 25 years. Of course, most tribes are not wealthy like the Shakopee and they still depend on these earnings, especially the ones living in remote areas of the country.

Kathryn Rand, co-director of the Institute for the Study of Tribal Gaming at the University of North Dakota, sees a real threat in the ongoing casino expansion. “My worry is this may be the beginning of the end, that in the push to increase state and federal revenue we are putting at risk the groups who continue to need Indian gaming,” she said.

The fate of America’s tribal casinos is uncertain, but the Shakopee are under no immediate threat. Meanwhile, their successful business and generosity are truly impressive and could serve as a great example for others to follow.