The Richest Boxers in History (part 3) 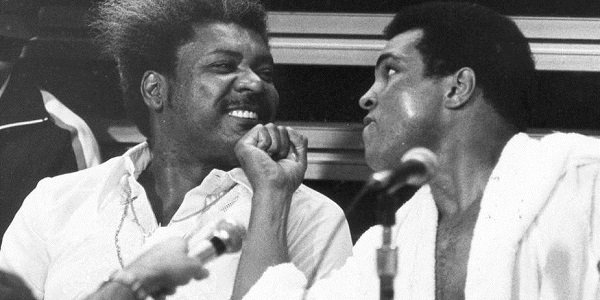 As with most disciplines in life, success in the world of boxing cannot be achieved by talent alone. Hard work and setting goals has led many boxers to untold fortune. Unfortunately, the challenges facing a boxer often end up greater after they’ve reached a certain level of success. Money tends to open boxers to a world where possible extravagance can deter all discipline.

Management can have an even greater role in a boxer’s success. The amounts of money that are taken from boxers have been extraordinary. Legendary promoter Jim Jacobs said that promoter’s job is to get the most money they can for their boxer, whereas a manager’s job is to get the most for themselves. Notorious personalities like Don King have taken both roles simultaneously. Boxers now have to think more for themselves.

Within two weeks Manny Pacquiao will double his net worth. For now, his fortune comes in before Leonard’s. As an 8-division title holder, “Pac-Man” has done more for boxing in his native Philippines and Asia at large. Well known in Philippine gambling news, Pacquiao’s immersion into politics has only solidified his fortune. The revenue created from Asian audiences from his “fight of the century”, might exceed his purse.

• Ray Leonard was the first boxer to earn more than $100 million from one fight.
• De la Hoya owns the promotion company that sponsors Mayweather.
• Floyd Mayweather Jr. amassed a fortune of $295 million.

Sugar Ray Leonard might be the first boxer to exceed $100 million for one fight, but he isn’t the only one to fight the most successful and skillful in his division. Although Roberto Duran, Tommy Hearns and Marvin Hagler were great, only one of them made this list. Leonard’s mind for business set him apart from many others and was the key to his $120 million fortune.

Lennox Lewis may be the physically largest successful boxer in the history of the sport. His 6 foot 5 inches, 245 pound frame overshadows Jack Johnson and George Foreman, who were known for their size. It wasn’t until another tall, more accurate puncher named Klitschko came, that Lewis was pushed into retirement. It’s well known in UK gambling news that his bouts, against Tyson and Holyfield put Lewis’ fortune at $140 million.

It could never be said that Oscar de la Hoya wasn’t a great boxer. The “Golden Boy” was able to take out 17 world champions with a record of 39 wins and 6 losses. De la Hoya used more than his lightning speed for success. His intellect and business sense to exit boxing and form a promotional company paved the way to his $200 million fortune. “Golden Boy” Promotions sponsors Floyd Mayweather.

To the recent generation, George Foreman may be known for his barbeque grill and Midas Man image. These ventures definitely amassed Foreman his $250 million, long after the money ran out from some of the most incredible bouts in boxing history with Ali, Norton and Frazier. Foreman was still boxing and most likely disappointed quite a few punters out their involved in online sportsbooks in the US.

Any boxer who used the name “money”, must be on the top list of the richest boxers. Floyd Mayweather Jr. was and is more than just a name, but a marketing machine that constantly advertised himself no matter where his was or what he was doing. His fortune of $295 million will only be exceeded in the next two weeks by his new net worth after his “fight of the century.”

These boxers represented those with the highest fortunes. Remember that most of these fighters are retired or past the highest point in their careers. Some have or will go one to deal with politics in their countries or continue to operate their successful businesses. There are fighter’s who made more money, but simply managed to lose their wealth. When Mike Tyson left prison, he had $400 million in the bank. Poor guidance, greedy management, and drug habits cost him.