The Surprising Link between Eating and Gambling 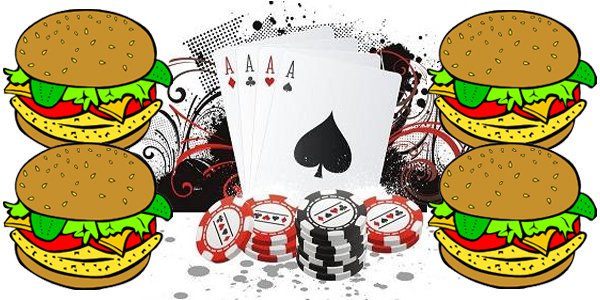 Researchers from the University of Edinburgh found that eating can be just as addictive as gambling.

An article published in the journal Neuroscience & Biobehavioral Reviews got picked up by British gambling news after revealing that some people can get addicted to food just as easily as they can become compulsive gamblers.

Researchers working at the University of Edinburgh have argued that this might explain why the global obesity rate has increased so much over the past few years. It may also be why overweight people are having such a difficult time dropping the extra weight.

The most popular forms of gambling in the UK are:

Researchers have conducted a number of studies on food addiction and it has long been demonstrated that many types of products with high fat and sugar content may trigger certain changes in your body. Basically, they lead to some form of addiction and make you want more without even realizing it.

However, according to specialists working at the University of Edinburgh, the addiction does not actually come from specific compounds in your food; researchers insist it’s in fact triggered by the positive feelings that derive from eating these products or dishes. In other words, it’s all psychological.

It looks like the Edinburgh researchers are contradicting what their colleagues have been saying so far. The brain does not react to specific ingredients found in various foods, they claim. What people become addicted to is the psychological pleasure they get from eating that food.

So no, they don’t believe that these ingredients can be compared to drugs like heroin or cocaine, as scientists have often said. Instead, eating addiction is rather similar to compulsive gambling, or engaging in other behaviors that prove detrimental to one’s physical and mental wellbeing.

Suzanne Dickson, a specialist working at the University of Gothenburg, has pointed out: “There is currently very little evidence to support the idea that any ingredient, food item, additive or combination of ingredients has addictive properties.”

These findings are leading scientists and fellow researchers to believe that it could be possible to curb the global obesity rate. Focusing on people’s relationship with food rather than looking at what ingredients may have caused them to become addicted might just be the best solution for preventing obesity.

The answer lies in treating compulsive overeating as a mental or emotional disorder, rather than as a substance-based addiction.

Researcher John Menzies with University of Edinburgh’s Centre for Integrative Physiology argued: “People try to find rational explanations for being over-weight and it is easy to blame food. Certain individuals do have an addictive-like relationship with particular foods and they can over-eat despite knowing the risks to their health.”

“More avenues for treatment may open up if we think about this condition as a behavioral addiction rather than a substance-based addiction,” he added.

What about gambling addiction?

UK’s National Health Service estimates that about 350,000 people are suffering from a gambling addiction. It is believed that the number of problem gamblers has increased as betting shops have spread and online sportsbooks in the UK have become widely available to anyone with a computer.

Technology has made it easier than ever to gamble. Apart from casinos and betting shops, virtual casino games and sports betting sites are just a few clicks away, and mobile gambling allows players to place wagers even while they’re at work or on the bus. While British gambling laws require all license holders to ensure a fair and safe environment, protecting players from the adverse consequences of wagering, preventing food addiction may be more difficult.

Every year, UK players spend more than 7 billion pounds on gambling, and the anticipation and thrill of winning can create a natural high which causes some people to get addicted. Food addiction is causing obesity, but problem gambling tends to have more serious consequences, disrupting the player’s personal life and most often leading to financial ruin.

However, it looks like gambling and eating may have more in common than researchers would have thought. They can both be harmful if practiced in excess, and it’s hard to tell when people have crossed that thin line to addiction. Now that specialists know more about the disorder, it will be much easier to prevent and treat it.