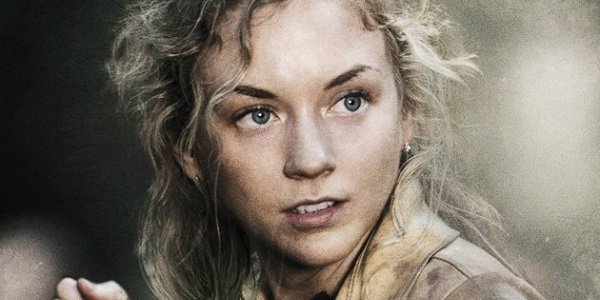 Beth Greene went from a child to a kickass adult fast: she had to, in order to survive. But how would she survive in a casino?

Spoiler Alert!
Beth Greene is the half-sister of Maggie and the daughter of Hershel. At first, she seemed meek, with her suicide attempt and all. Although she is a main character, she always seemed like the person who is only there to babysit Judith or to be dramatic about something. Not a strong personality, but has enough faith in God for the whole group. She is could easily be one of McLeod’s daughters. In any case, she is a likeable character. Was. Unfortunately.

Before the apocalypse, she lived a rather sheltered life: school, church, singing and the sorts. She lived in a loving family and even after the outbreak, Hershel and her mother, Annette, tried to keep her in a bubble for as long as possible. It is because of her young age and naiveté that she shouldn’t really go into a US poker room; she should stick to internet casinos where luck is more at play instead of experienced people. Due to her light stance on life and the fact that she was protected form the horrors for as long as possible, she gets a big hit from life when it dawns upon her that the world has really ended.

Too weak to survive?

When she lives through the deaths of her boyfriends (For Your Information: she didn’t have two boyfriends at the same time, one came after the other) and her mother, Beth breaks down. She totally gives up on life and kind of decides to commit suicide, which she even tells Maggie (cry for help?) Luckily, she is found in time and is saved. After that, she spends lots of time recovering and when she has completely healed, she makes the decision to go on with her life and not just give up. The development of character can be perfectly followed through; with each season, she becomes more confident and fierce to protect herself and the ones around her.

She becomes a more active member of the team, often trying to keep everyone’s spirits up by singing motivational songs and staying optimistic overall. After Judith is born and Lori dies, she really steps up and becomes a great babysitter. She takes care of the infant and protects her mightily. Her previous emotional weakness has disappeared and she has evolved into a strong woman. Even after Hershel dies, she keeps going on (she is distraught and upset, but she doesn’t break down as she would have done earlier.) Since she’s an animal-loving person, she would love to play on mobile casinos’ slot video games.

After Beth gets separated from Daryl (after the prison goes down,) she is abducted (“saved”) by the police officers of Grady Memorial Hospital. They basically keep her prisoner. She copes really well, however: she even kills the abusive, hateful SOB of a second-in-command who tries to rape her. When Carol is taken into the hospital and she sees her, Beth stays smart: she shows no emotion. She also saves Carol’s life, because she gets whiff that they want to kill her (keeping Carol alive is taking up too much electricity and medication.) Beth becomes somewhat of a mastermind when it comes to planning her, Carol’s and Noah’s escape.

Beth’s death is really unexpected. The commander of the police officers, Dawn Lerner and some others are there with Rick’s team to arrange a trade of prisoners. Rick wants to save Beth, but they get in a bit of a pickle. Beth’s last action is to stab the antagonist in the neck with a pair of scissors. At that exact moment, we hear a gunshot and see Beth fall to the ground: Dawn Lerner shot hear in the head. Beth’s death is shocking and horrible, but the what she did beforehand demonstrates just how grown-up and tough she got over the years. Nevertheless, she would prefer to stay at home and relax while betting on horse races on online sportsbooks in the US.