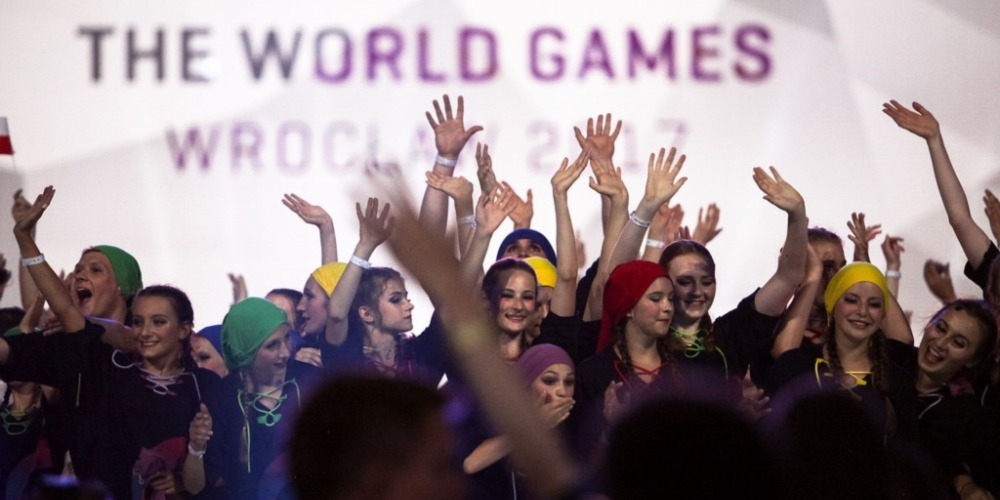 The World Games is an international multi-sport event that is held every four years in the first year following the Summer Olympic Games. The program of the games takes place over the course of only 11 days.

The world event organized by the International World Games Association includes sports that are unique and not included in the Olympic program. For example, if you enjoy drone racing, tug-of-war or parkour, check out the best World Games betting tips!

Sports You Can Bet On

The following year, they held the first World Games in Santa Clara, in the USA. The world event included 18 sports, and 1,265 competitors from 34 nations participated. The Olympic program still has several founding sports, such as taekwondo, badminton, triathlon, and baseball. In the 2001 World Games in Akita, 3,200 athletes from 93 nations competed. At the 2013 World Games in Cali, 31 sports were already represented.

Meanwhile, in the past 20 years, triathlon, women’s water polo, women’s weightlifting, and beach volleyball have also been included in the Olympic Games. At the 2001 World Games, they organized 26 sports with nearly 2,500 competitors. At the 2005 Duisburg Games, athletes from non-Olympic sports from around the world competed in 47 events in 33 sports. Nowadays, the list includes canoeing, roller sports, sport climbing, lifesaving, drone racing, korfball, air sports, etc. You can find the full list at 22Bet Sportsbook!

For the best World Games betting tips to work, you should know some background information. At the 2017 event in Wrocław, thirty-one sports were present, and the number of athletes exceeded 3,400. Participants from 102 countries competed in 219 events.

The International World Games Association organizes this event every four years. Since the Tokyo Summer Olympics were postponed to 2021 two years ago, the IWGA also delayed the World Games to 2022.

The location was Birmingham in the United States, a city of just under 200,000 locals in Alabama, which has a huge catchment area and used to be one of the dominant centers of the American South.

Of course, it got its name from the much better-known English industrial city, which happened to host the twenty-second Commonwealth Games last summer. More than five thousand athletes from seventy-two countries participated in the more famous and prestigious sporting event.

In Birmingham, USA, 3,600 athletes from 110 countries competed, which is a record in the history of the Games. The biggest ovation sounded at the entry of the Ukrainian team, apart from the reception of the American competitors.

Randall L. Woodfin, the mayor of Birmingham, opened the 11th World Games, where the World Games and Olympic flags were raised in the stadium in addition to the American flag. So, its popularity is increasing with every event. If you want to place bets on this event, look up the best competitors and countries we just mentioned, and the odds offered by 22Bet Sportsbook will already work in your favor.

The selection is quite colorful. From Martial Arts to bowling, you can find exciting and fun sports. Since, there are a number of combat sports, our best fighting sports for betting article might come in handy! The betting part is pretty simple!

You choose a betting site from online sportsbook sites in the UK and pick a sport you either enjoy or know enough about to place a winning bet. The first tip you should consider before a World Games wager is your knowledge about the specific sport. It’s not advisable to make emotional decisions like choosing your favorite team or player despite the odds, etc.

The Internet offers plenty of sources where you can find the necessary statistics and information and World Games betting tips. Another helpful strategy is to determine which athletes and teams dominate the given sport and competition.

Find out which country shows better or outstanding performance and focus on their results. Look up the World Games’ history, which country and athlete earned the most medals and top places, etc. Even follow the players of your choice on social media and gather as much information as possible.

The Schedule of the Event

During the World Games, every four years, in the years following the Summer Olympic Games, the best athletes from sports not presented in the Olympic program fight for success. In the 11-day competition, more than 30 popular and spectacular sports events are organized on land, water, and air. The organizer is the International World Games Association which collects the most popular sports outside of the Summer Games.

The founding international federations decided to create the event as a supplement to the Olympic Games, the first location of which was provided by the American Santa Clara. After the fifth event, the close cooperation with the International Olympic Committee that continues to this day was established. Ever since then, the World Games have been organized under the auspices of the IOC.

The Purpose of the Event

The event begins with an opening ceremony and ends with a closing ceremony just like the Olympics. The organization of the event is entrusted by the IWGA to a local organizing committee, whose members include the International Olympic Committee. The IWGA accepts and adheres to all the principles of the Olympic Charter, yet the World Games differ from the Olympics in one significant aspect! The host is not obliged to build or create the facilities necessary for the competition. They merely use the sports infrastructure available to them.

This also affects the composition of the World Games program since the existing infrastructure in the host city is a determining factor in the selection of sports in the official sports program, so not every previously included sport is necessarily present in all events. The World Games are characterized by four principles. Excellence, so only the best athletes or teams of the given sports are eligible to participate.

The Sporting spirit means that the World Games is about the athletes. It provides them with the opportunity to perform at the highest level in their sports. Autonomy refers to the fact that competitions are organized by international sports federations, and they also supervise the nomination and qualification process. Sustainability encourages the host city to use the already existing sports infrastructure. Thereby they avoid underutilization of the facilities after the event. All in all, the World Games offer great opportunities for sports lovers who are fans of the events the Olympics can’t host.