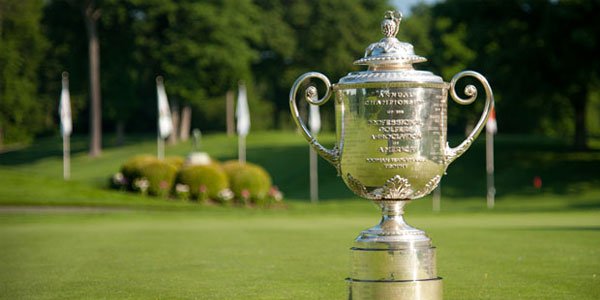 There are many to choose from, but in this article we’ll list a few of the best sporting events to bet on in August with Paddy Power.

We’re already more than halfway through summer, and a number of incredible sporting events have already taken place. For those that like to bet on sports in the UK, there are some great opportunities to make money on events taking place this August.

Many different sporting events will be taking place next month, but the three we will list below offer particularly good odds to cash out.

Bet on the 2017 PGA Championship

The 99th PGA Championship will be taking place from August 10th to the 13th. Nearly all of the best players in the world are scheduled to take place, but golf betting experts are well aware that any player can win if they put on the right performance.

At the top of the PGA Championship betting odds is Rory McIlroy. The 28 year old Northern Irishman is currently ranked 4th in the world and hasn’t won a major championship since 2014, but he’s been playing great thus far in 2017 and hold the highest PGA Championship odds at 11/2.

Dustin Johnson is another favorite heading into the tournament. He’s coming off his best ever year in 2016, and has odds of 7/1 to earn his first championship of this year. What makes this tournament one of the best sporting events to bet on in August is the odds for some underdogs. Players like Henrik Stenson and Adam Scott have a great opportunity to win, but their odds are set extremely low at just 22/1, and 28/1, respectively.

Bet on McGregor vs. Mayweather

You could make the argument that the fight between McGregor and Mayweather isn’t just the biggest sporting event of August, but the entire year. Even casual fans of boxing and MMA are eagerly awaiting these men to step into the ring, and the odds set by Paddy Power are offering a tremendous opportunity to make money.

Mayweather and McGregor are in the midst of a world press tour (photo: si.com)

We at GamingZion have already covered a range of fantastic McGregor vs. Mayweather betting options. In terms of betting on the winner, Mayweather comes in as the significant favorite with odds of 2/11, while Conor enters as the underdog at 4/1.

What makes this one of the best sporting events to bet on in August is the great list of novelty bets available here. You can wager on whether any fighter gets knocked down, whether it will break the PPV record, if Conor will throw a kick, and many many more.

Bet on the 2017 European Volleyball Championship

16 of the best volleyball teams in Europe will be competing for a championship beginning on August 24th, and sports betting fans can now place their bet on which one makes UK gambling news with the victory.

France is leading the betting odds heading into the tournament. They won the most recent tournament in a hard-fought series with Slovenia, and many volleyball betting experts fell they’ll get the win again in 2017. France’s odds to win are set at 3/1.

Russia always seems to be a betting favorite when it comes to fringe sporting events, and it’s no different here. They last won in 2013, and have odds of 10/3 to get the trophy this year. Italy might be the best underdog betting option you can go with. They’ve won the tournament six times already, and are listed as 5/1 underdogs heading into the tournament.

To find more of the best sporting events to bet on in August, make sure to head to Paddy Power. Here you’ll find a huge list of 2017 sports betting options!