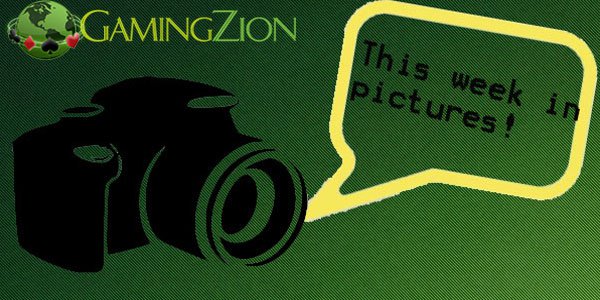 With so many headline grabbing stories around the world over the last seven days we take a moment to look back over some of the biggest.

In Boxing “The Greatest”, Muhammad Ali, died following his long public struggle with Parkinson’s last week. He was 74. Tributes, led by Barack Obama, flooded in for one of the world’s most famous sportsmen and possibly the best boxer ever to grace a ring. Having taken up boxing aged 12 he won 56 of his 61 fights, 37 of them by knock out and was also known for his quick wit and poetry, forever known to “float like a butterfly and sting like a bee”. Perhaps one of the first true modern media celebrities his successful mix of boxing and banter inspired a generation.

In Switzerland 77% of voters rejected a proposal made that would have provided a basic income to each Swiss citizen regardless of their employment. They are the first country to hold such a referendum. The amount, $2,555 for adults, with a small portion for children would have had far reaching negative economic effects and an increase in immigration. No political party in the country supported the measure that was brought into question by the popular initiative system that allows 100,000 people supporting an issue to trigger a public vote.

Across Europe torrential rains and intense storms have caused widespread flooding with the Seine in Paris reaching levels not seen in thirty years and some 11,000 homes without power, whilst in Germany the large and popular “Rock Am Ring” music festival was canceled after it suffered lightning strikes that injured some 72 of the 90,000 attendees. French President Hollande termed the situation in France as a “catastrophe”, the flooding adding to misery caused by public sector strikes in the country about to host the Euro 2016 football tournament starting June 10th.

In sports Serb Novak Djokovic beat off Andy Murray to win the French Open title last week, winning 3-6 6-1 6-2 6-4 in a tense game that lasted three hours he now holds all four major Grand Slam at the same time, a feat last achieved in the 1960s by Rod Laver. “It’s a very special moment, the biggest of my career.” said the 29 year old from Belgrade, the question is can he continue this run of spectacular form? You’ll have to read our daily news pages to find out, but in the meantime here’s a look at some of the big stories we covered last week.

1. We look at why 2016 is shaping up to be a summer of sporting chaos as around the world sporting events have to deal with circumstances beyond their control.

Rio will be just one part of2016’s action place this summer… (Photo: bongoworld)

2. GamingZion discusses Boyd Gaming’s deal with MGM to sell 50% of their share in Borgota Casino, and examines how this could affect the future of gambling in Atlantic City.

MGM has 50% of Borgata Casino(Photo: Lifescapes)

3. GamingZion took a look at the top Goalscorer odds for Copa America.

4. The first game of the most brutal sport in the world was announced to be played this week.

5. With the PDC World Cup underway in Germany we look at the odds for those wanting to bet on darts this week.

6. GamingZion had examined the latest news on the legality of daily fantasy sports in New York.

7. GamingZion collected the oldest football players who were going to participate in the Euro 2016 in France.

Meanwhile in the United Arab Emirates an auction of car number plates saw a particularly sought after item go for some $4.9 million. The plate that bears the single numeral ‘1’ upon it was snapped up by local businessman Arif Ahmed al-Zarouni who said “My ambition is always to be number one.” This is not the first time number plates in the Emirates have fetched astronomical prices with a plate sold from the richest of the seven in 2008 gaining a price tag of over $14 million. The auction sold off sixty highly sought after plates and made some $13.5 million in total.