Tightening the Screw: New Regulations for Gambling Advertisements in the UK

News >Tightening the Screw: New Regulations for Gambling Advertisements in the UK 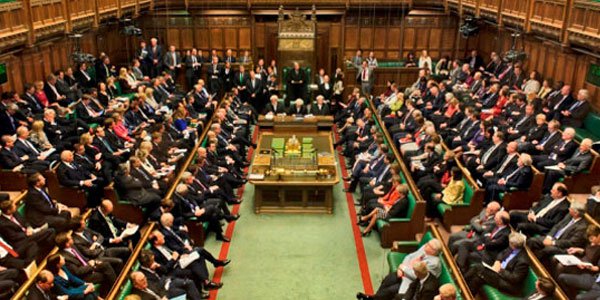 The number of TV commercials promoting online bingo and sportsbooks has increased by 600% over the last six years.

Following worrying statistics about underage gambling in the UK, the House of Lords are looking to amend current British gambling laws, to tighten the regulations which allow online bingo operators and virtual sportsbooks to advertise their services on TV before 9 pm.

As this requires a review of the country’s current gambling laws, some believe this would be the perfect opportunity for local authorities to take another look at the much debated fixed-odds betting terminal problem. The recent measures announced by the Association of British Bookmakers have calmed spirits for now, so it is unlikely that the Government will revise its previous decision.

Underage gambling on the rise

According to statistics cited by local newspapers, children aged four to 15 have been exposed to hundreds of ads promoting online bingo and sports betting sites during the last year. This was made possible by a decision of the previous Labour government, which voted to allow such commercials to be shown on TV before the watershed.

Another recent survey involving more than 2,700 secondary school pupils has found that 15% of them had accessed free games on various online gambling sites in the UK, in the week before the study was conducted.

According to Gamble Aware, an organization which aims to promote responsible gambling, 2% of children aged 11 to 15 have trouble controlling their gambling behavior. While 2% might not sound like a big percentage, it still represents 60,000 of secondary school pupils.

GamCare, a national charity founded in 1997, tested 37 online casinos in the UK to see if they were taking any measures to block underage players. Only 7 of them had an efficient system in place to detect users under 18 and block them at the point of registration. The organization also pointed out that there are over 1,500 such websites available in the UK.

What does all this have to do with the country’s current legislation? A recent report issued by independent regulator and competition authority Ofcom brought some worrying figures to politicians’ attention. According to the study, the frequency of ads promoting online gambling has increased by 600% over the last few years.

Since 2007, when the former British Government decided to allow these advertisements to be shown on TV during the day, children have been exposed to hundreds of messages promoting online casino-style games, poker, betting sites, as well as bingo and lottery games.

Only 90,000 gambling ads were aired in the UK in 2005, but their number exploded in the first year after the law was modified, reaching 537,000. During the same period, the percentage of casino ads shown on television rose from 0.5% to 4.1%.

By 2012, there were 532,000 commercials advertising bingo, 411,000 promoting online casinos and poker, 355,000 for lotteries and scratch cards and 91,000 for sports betting. There were all aired before the watershed, which means there’s a very high chances that children were exposed to them. The Ofcom study estimated that kids under 16 are exposed to an average of 211 ads each.

More than six years after the UK gambling laws came into force, members of the UK Parliament are starting to express their concerns regarding the frequency of gambling ads appearing on TV.

Baroness Jones of Whitchurch believes online bingo is “solitary, repetitive and addictive”. In a blog entry on the Labour Lords blog, she wrote: “Exemptions allowing adverts for bingo and sports betting, combined with the new social media opportunities, have become major loopholes which the online gambling companies all too readily exploit.”

Culture Secretary Maria Miller told reporters: “I ask myself if the seemingly constant gambling adverts on television are appropriate.” After claiming that “many people feel uneasy about the current high levels”, she asked the Advertising Standards Authority to review its current policies and offer better protection for children.

Recent statistics show that the number of commercials promoting casino games and betting services has now reached 1.4 million a year.

The subject of limiting the exposure of children to gambling advertisements will be up for debate soon and British decision-makers have promised to take action sometime in the near future, either by limiting their numbers or banning them altogether.

Politicians supporting the idea of limiting gambling TV ads will propose an amendment to the Gambling Bill, which is scheduled for debate in the Upper House on Tuesday.