Poker tournaments are one of the best ways to develop your poker skills and learn something new. Many popular poker players started their careers after watching the biggest tournaments. Moreover, an opportunity to win huge amounts of money by only paying for buy-ins is also tempting. Today, we are going to take a look at the largest live poker tournaments and biggest poker tournament payouts. 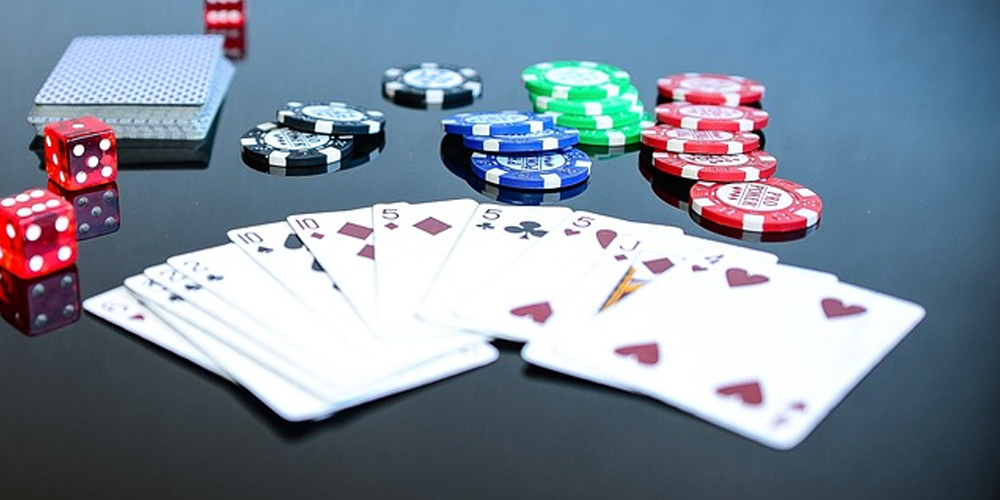 Poker tournaments are one of the best ways to develop your poker skills and learn something new. Many popular poker players started their careers after watching the biggest tournaments. Moreover, an opportunity to win huge amounts of money by only paying for buy-ins is also tempting. Today, we are going to take a look at the largest live poker tournaments and the biggest poker tournament payouts.

World Series of Poker – the most well-known poker event

The first WSOP took place in 1970 when Benny Binion played with the other 7 poker players. After the tournament was over, participants had to vote for the best player. Since 1970, WSOP is held early and there are more and more players every year.

The history of WSOP can be divided into two periods. The first period took place between 1970 and 2003. At that time, the tournament was a relatively small event with around 100 poker players. Moreover, the entry requirements were quite high and only the most experienced players could participate in the competition.

A player called Chris Moneymaker changed the situation in 2003. This was the first year when a non-professional player won the tournament. As a reward, the Moneymaker received a prize of more than £2 million and a well-known gold bracelet. This became a turning point in the history of competition and the poker industry. Players from all over the world started to come to Las Vegas to participate in the World Series of Poker.

In order to participate in WSOP, each participant must pay an entry fee, which varies from a few hundred to a few thousand dollars. However, buy-in for the Main Event is much more expensive. If you want to compete for a gold bracelet, you will have to pay £8,000! But it doesn’t seem much if you take a look at the prize –  last year, the winner of the Main Event got as much as £8 million.

Additionally, WSOP has recently launched an online tournament, which you can play from any part of the world.

Triton Poker – an event with the biggest poker tournament payouts

The tournament is relatively new –  Richard Jong and Paul Foix, businessmen and poker players from Asia organized the first Triton Poker in 2016. Triton quickly became one of the most important poker events.

Furthermore, the most expensive tournament in poker history was a part of the Triton Poker SHR Series and it had an entry fee of  £1,050,125.

The reason why only professional poker players participate in Triton is obvious – amateurs simply can’t afford the entry fee. However, it is still one of the most well-known poker events and millions of viewers are watching it every year.

A few years ago, Partypoker decided to organize a series of live tournaments – Partypoker Live Millions. A series of tournaments became famous due to its huge prize pools at all stages of the competition. Partypoker Live events take place in different countries throughout the year. This year, the prize pool of the tournament was £49 million. Besides, a winner of the Main Event usually will get between £4 and £8 million.

Partypoker Live Millions is a truly international tournament. For instance, in March 2019, the series took place in South America. In June and August, participants played in Las Vegas and in Rozvadov, Czech Republic. Moreover, Caribbean Poker Party and Millions UK in London will also take place this year.

In order to participate in the tournament, you will only need to pay an entry fee. Although PartyPoker Millions is a live event, you can also participate in numerous tournaments held by online gambling sites in the UK. Partypoker conducts tournaments for both professionals and amateurs, so everyone can find something they like. Moreover, first-timers can claim £35 which they can later use in fast three-player tournaments.  And if you want to learn more about the best poker websites available in the UK, check out this article.

You can discover more about Partypoker here.