Top 5 most popular sports at the Rio Olympics

News >Top 5 most popular sports at the Rio Olympics 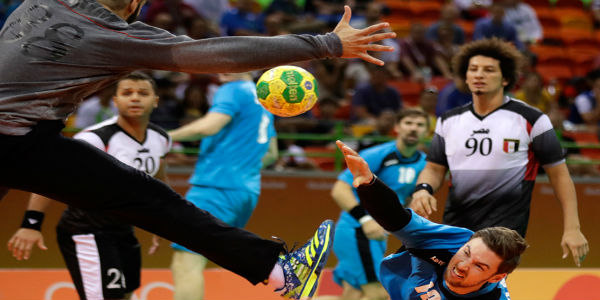 An analysis of the visitors of Rio2016 events by Globo Esporte finds out the top 5 most popular sports at the Rio Olympics.

The Rio 2016 Olympics are over. Brazil proved to be a great host of memorable Olympic Games, beside the skepticism and worries concerning their organization. Another challenge for Brazil will be the organization of the Paralympic Games, but before this enent some analysis about the Olympics need to be done: how much was paid, how much was gained, how many people watched the events, how many bet on sports in Brazil etc.

The Brazilian portal Globo Esporte made thus a survey of the most popular sports at the Rio Olympics according to the visitors of the events.The results can hardly surprise anyone although they are interesting from the point of view of how the sport tradition of a country, especially as big as Brazil, can invert the popularity of some sports in contrast with the previous Olympics.

There were 6.149.289 visitors of the Olympic events in total out of which around 2 million in the Olympic park while the rest, more than 4 million at different points in which the Olympics took place. The most visited events were those of the team sports and among them the first place was reserved for the football competition. Having in mind the Brazilian passion for this sport this information certainly doesn’t surprise anyone. The support from the football fans was more than expected and Neymar and Co. definitely knew how to give them a precious award: the first ever Olympic gold for Brazil in football.

• Football first, then everything else

• Handball wins the hearts of sport fans all over the Globe

No.2 Handball: the most attractive sport on the Olympic Games

The second most popular sport was handball. The popularity of this sport all over Europe and especially in Scandinavia, the Balkans, Germany and France is incredible. The same is true for its popularity on the Olympics, where this sport is constantly winning the hearts of sports fans on the Olympics. As internet betting sites in UK note, in London 2012 handball was a great discovery for the British audience which found the attractiveness, dynamic and the passion of this spectacular team sport fascinating.

Due to this popularity several UK teams started to consider more seriously the organization and practice of handball events on the island. Yet, beside the relatively low familiarity of the British audience with handball it succeeded to enter the top 5 most popular sports in London 2012. Handball in Brazil is a different story. Brazil is one of the two non-European countries who have a golden medal from handball world championships, so this popularity among the Brazilians was also more than expected.

Beach volleyball: well, not a surprise either

The third and the fourth most popular sports on the Rio Olympics were beach volleyball and basketball respectively. Needless to say that beach volleyball is beside football the common sport to be played in Brazil, at least to the urban areas among the coastline. The presence of athletes like Bruno Schmidt and Alison Cerutti or Agatha Bednarczuk and Barbara Seixas in the finals of this competition was more than sufficient invitation for the Brazilians to fill the Beach Volleyball Arena and lead their athletes to the gold.

Gymnastics took the fifth place of the top 5 most popular sports in Rio being the only predominantly individual sport in this group. This is a great difference in comparison with the London Olympics where athletics was the individual sport number one. Moreover, as online sportsbooks in Australia note, the athletic events were in London the most visited of sports events in general being in the same time most widely watch on the TV events.