Try Your Luck at the Biggest Poker Tournaments in Australia

News >Try Your Luck at the Biggest Poker Tournaments in Australia 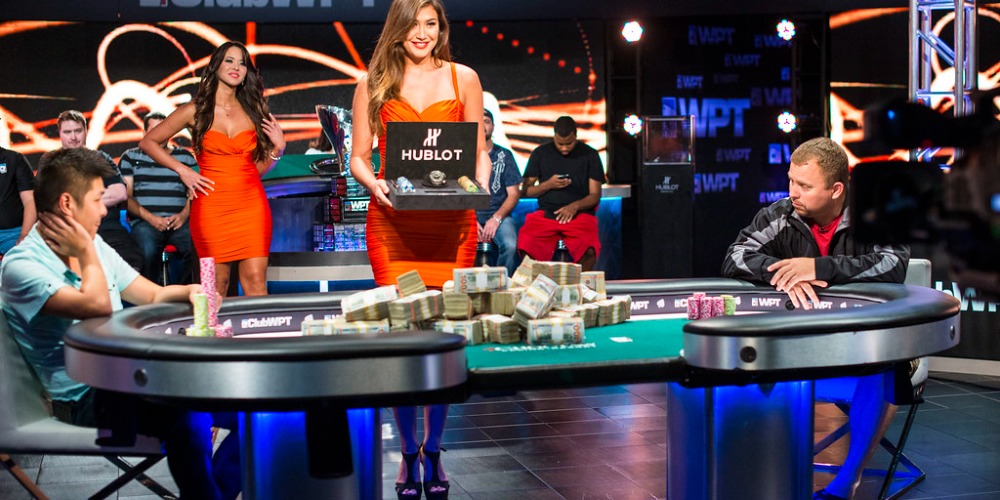 If you’ve ever wondered what Australia’s biggest poker tournaments are, you’re in the right place. The majority of Aussies gamble and they’re pretty good at it. While horse racing, rugby, and football are the most dominant sports, both popularity, and gambling-wise, poker is huge too. Ever since the late 1990s, the popularity of poker has been constantly growing in the country. Over the past twenty years, Australia has been home to some of the biggest poker tournaments in the world. The good thing? It still hosts some of the best and biggest tournaments in the Southern Hemisphere, attracting poker fans of all skill levels. In this article, we’ll list some of the biggest tournaments and series in the country that are available to everyone. With various buy-in levels, everyone has a chance.

Poker is still a new thing in Australia, depending on how you look at it. While the card game came to Down Under before the turn of the millennium, it was only in the mid-2000s when it started to gain some traction. When Australian poker players started to win big at major events in the world, many took this as an opportunity to establish such tournaments in the country. The Crown Casino is the biggest organizer today with the Aussie Millions, Crown Poker Championship, and Melbourne Poker Championship included on their resume. In this article, however, we’re only going to talk about the Aussie Millions, arguably the biggest poker tournament in Australia. Today, there are many tournaments and online gambling sites in Australia. Even the WSOP hosted events in the country, the latest one being the International Circuit in 2019. We now give you the three best tournaments in the country.

The Aussie Millions is The Biggest Poker Tournament in Australia

The Aussie Millions already reached international popularity in 2005 when it started attracting the biggest names in poker, including WSOP legends. A $100.000 high roller event was introduced in 2006, which was the highest buy-in poker tournament at the time. 2014’s tournament had the biggest prize pool with $7.486.000. Then came the $250.000 super high roller tournament in 2011. The tournament went through some initial format changes and was organized seven times, from 2011 to 2016. Phil Ivey won three of the seven events, racking up over $8.000.000 in individual prizes. Once again, the 2014 event featured the biggest prize pool with $11.270.000. Ever since 2002, the Aussie Millions takes place around January and early February. The most recent tournaments had a buy-in of $10.600 but satellite events were also available.

The State of The Tournament and The Worth of Satellites

Talking about satellite events, we have to mention the 2017 main event. Shurane Vijayaram of Melbourne entered the main event after qualifying in a $130 satellite game. Did he win? Of course, he did. Shurane won a whopping $1.600.000 later in the tournament. Talk about a true Cinderella story. Risks are lower with satellites but you also have to face more opponents. The good thing is that they’re available to pretty much anyone. So when is the next Aussie Millions? Good question.

The last tournament was in 2020 but the Crown has clear intentions of bringing the biggest poker tournament in Australia back as soon as possible. Since the dates are around January, you might expect to hear something from online poker news in Australia later this year. Stay tuned for more information and get some practice in until then.

You’ll most likely find this tournament online as the WPTDeepStacks series. While The Star Entertainment Group has hosted some major poker tournaments in the past, we’re only focusing on this upcoming one. Additionally, the Star has more locations but we’ll be talking about their Sydney casino in this article. If you’re interested in their other poker events, check out their website, we’re sure you’ll find what you’re looking for. The 2022 WPTDeepStacks is important for many reasons. First of all, this is the first time the tournament will take place in Sydney.

That’s a huge milestone for poker in Australia. The tournament will start on March 30 and end on 11 April. Live updates and live streams will also be available throughout the tournament series. Its 13-day schedule will feature 38 events if we count satellites too. The majority of the games will have multiple re-entries.

Many of the events will run for multiple days. This is why we’ve said there will be 38 events, we’re counting advances as well. Since the games continue on a different day, it can be recognized as a separate event. NLH Freezeout on April 4 from 2:30 PM is the lowest buy-in event with $330. On the opposite end is the $5k Challenge Day on April 10 and 11. The main event has a buy-in of $1.500 and is also a multiple re-entry event. It’s separated into three phases, with the “Day 1s” taking place between April 7-9. Advance here, and you’re on the path to the finals. There will be a lot of satellite events for both the main event and the $5k Challenge as well. The buy-ins range from $175 to $550. Interested in participating? Hop on Bet365 Poker for some quick practice before you apply.

The APT hosts many tournament series across the country. Sydney, Gold Coast, and Brisbane are among its most common locations. What’s so great about it is that it’s for everyone. Buy-ins for their tournaments can range from $50 to $2.500 so everyone can try out their luck and skill. Currently in its fifth season, the APT already had a tournament this year. The 7-day Brisbane series took place from January 17-23 and had an estimated prize pool of $1.800.000. Their next destination is Sydney and the date is closer than you’d think. Season 5 of the APT will continue on March 21 and will run until the 27th. Online poker news in Australia is already widely covering the event. There will be a total of 30 events under the span of these seven days.

As we said, the APT Sydney will have varying prize pools and buy-ins at the events. The tournament will be at The Cube Convention Centre, Campbelltown. Day 1’s opening event will have a prize pool of around $30.000 and will be divided into two flights. Each day’s events will start between 10:30 AM and 12:00 PM. There will be plenty of entertainment for everyone to enjoy all-day long. The main event has an estimated prize pool of $300.000 and the buy-in is only $600. Some of the bigger events in the tournament include The Goliath on Day 2, the APT Players Championship on Day 4, The Grind on Day 5, and The Beast on Day 7. Prize pools vary between $120.000 and $275.000. These are considered higher tier events so the buy-in will be relatively higher than the main event.