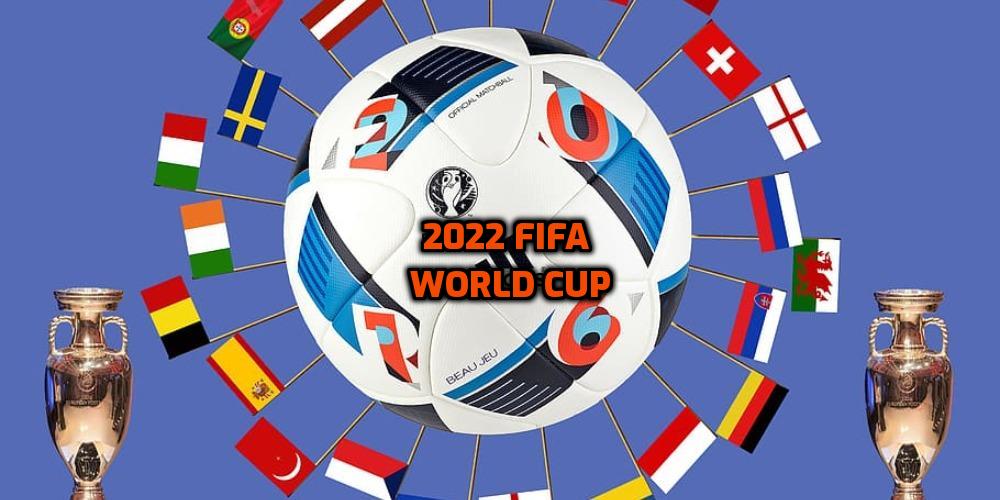 Four semi-finals will be held next Thursday, on the 24th of March to decide which teams can fight in the finals for a place in the 2022 FIFA World Cup in Qatar. Scotland vs Ukraine game has been postponed to June, while Poland has automatically advanced through to the final. We can still see some great matches next week with the 2022 FIFA World Cup European qualifiers predictions favoring the home teams to go through.

Following the group stage of the European qualifiers for the 2022 FIFA World Cup, the 10 runner-ups, and the best two Nations League group winners advanced to the second round. These twelve teams were divided into three different paths, with the three winners of these paths joining the already qualified group winners in the World Cup.  Originally six semi-finals were scheduled to take place next week, on the 24th of March. But the Russia vs Poland match was canceled due to the suspension of Russia, meaning the automatic win of Poland. While the game between Scotland and Ukraine has been postponed to June for obvious reasons. The remaining four matches will still be held according to the plan. Let’s see the favorites in all of them.

The reigning European champions, Italy will host the surprise team of the qualifiers, North Macedonia in the first semi-final. The small Balkan country can achieve the biggest success of its history by qualifying for the World Cup. But they will have a very difficult job against Roberto Mancini’s team. Even though Italy only finished second in their group behind Switzerland, their squad is still one of the strongest. Online sportsbooks in Italy offer the odds of 1.22 for their win in Palermo. But the final could be a tighter game with the likely winner of the other semi-final, Portugal. The Azzurri missed the last World Cup in 2018, another absence would be a huge disappointment for the whole nation.

In the other semi-final of Path C the 2016 European champions, Portugal will play against Turkey. The Selecao are favored to win the match in the 2022 FIFA World Cup European qualifiers predictions. Fernando Santos’ team was the runner-up in Group A. After finishing behind Serbia following their dramatic defeat in their last game. But Cristiano Ronaldo can lead the squad to victory, especially in front of the home crowd. It won’t be an easy game though against the Turkish team that finished ahead of Norway in their group. Turkey is managed by German Stefan Kuntz while their captain is the brilliant Lille player Burak Yilmaz. Their odds to beat Portugal are 7.00 while their odds to reach the final are 4.33. on bet365.

Tighter Games Are Expected in Other Paths

In Path B, Sweden and the Czech Republic will meet in Solna with bookmakers favoring the home team. Janne Andersson’s team was fighting head-to-head with Spain for the first palace in their group. But they finished second at the end after losing to Georgia. The Czech team was only third in their group behind Belgium and Wales. But they qualified for the playoff thanks to their great Nations League performance. Now Patrik Schick can guide his team for the World Cup for the first time since 2006. But they needs to win in Sweden first. Their odds to do so are 3.75. While the odds for Sweden’s victory are 2.00. The winner of the match will meet Poland in the final in another balanced tie.

Online gambling sites in Italy offer similar odds for both teams in the Wales vs Austria match. The 2022 World Cup can be the last chance for the golden generation of the home team, including Gareth Bale. The Welsh team finished their qualifiers with good results, climbing to the runner-up position in their group. Now they will face Austria whose team got very lucky to advance through to the playoffs. In spite of only finishing fourth in their group, their Nations League group victory helped them here. But Franco Foda’s team needs a better performance to win against Ryan Giggs’ squad. With players like Marko Arnautovic, David Alaba, or Marcel Sabitzer, they are definitely capable of winning.  But bookmakers offer the same odds, 1.90 for both teams to qualify and meet the winner of the postponed Scotland vs Ukraine game in June.