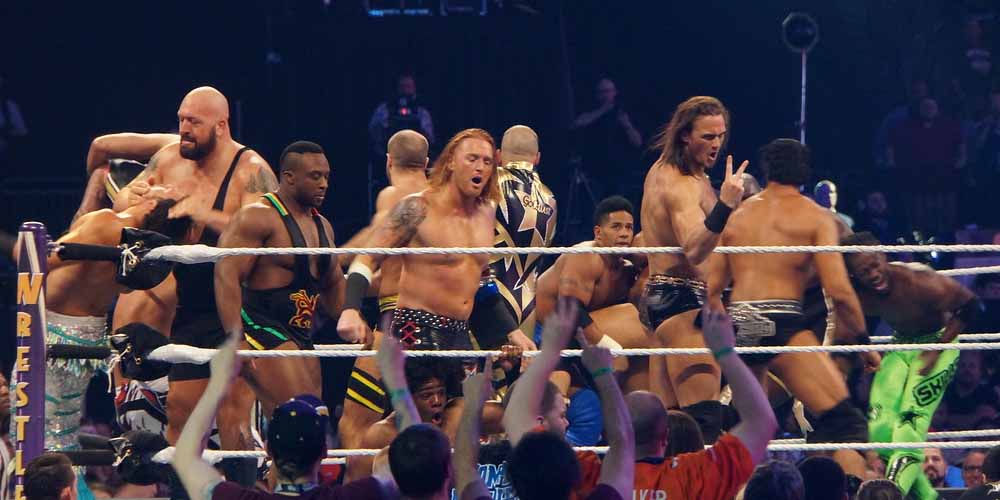 With an upcoming rematch against Deontay Wilder in February, would an additional WWE match make any sense for Tyson Fury? The English boxer battled it out against WWE’s Braun Strowman in October and went on to win the match. Although his boxing team does not agree with it, Tyson Fury WWE betting odds assume that the former heavyweight champion will make a return in 2020. Let’s find out how.

On the 1st of December 2018, Tyson Fury squared up against Deontay Wilder in a highly anticipated fight. The match between the duo was eventually called as a draw. Both professionals fought their hearts out, but the scorecards were split evenly. The rematch is set to be a massive promotional fight, frequently being compared with the Mayweather-Pacquiao fight. So, why would Fury go for a WWE bout in between?

On the 31st of October, Fury made his WWE debut in a match against 6ft10 “Monster Among Men”, Braun Strowman. The match-up which took place at the Crown Jewel event in Riyadh, Saudi Arabia, saw Fury win on account of Strowman not getting back in the ring before the count of 10.

Reportedly, Fury made £12m from that appearance.

Entering the area, Tyson Fury emerged in full Arab thobe, including a headdress. Casually walking to the ring to the soul sound of Isley Brothers’ “It’s your thing.”

According to online sportsbook news in the UK, Fury claims that his promoter, Frank Warren, was furious about the boxers’ WWE appearance. Tyson says:

“He was mad. He said ‘I think this is a really bad idea’. Frank along with everyone else in my team was like ‘concentrate on your job, you are not a showman or a movie star’. He said you could get injured and what happens if the cut re-opens or if you get injured shoulders.”

Fury suffered a cut in his win over Otto Wallin weeks before his WWE match. He continued:

“If we lived our lives on ‘what if’ we would never do anything. These are once in a lifetime opportunities.”

Tyson Fury WWE Betting Odds: Will the Boxer Return in 2020?

The thought of Tyson Fury making a grand return to a WWE wrestling ring is an amusing thought. In spite of this, Betway Sportsbook has given punters the opportunity to bet on Fury’s next move.

After the match against Strowman, Fury refused to rule out a return to the WWE ring. He said:

“I’ve got a big fella called Deontay Wilder to see to, and then we see where we go from there,”

Tyson Fury may yet headline in WWE’s biggest event of the year, WrestleMania. Betway Sportsbook has given the – unlikely but worth a go – odds 50/1 (51.00) for that to happen.

And last but not least, for the dreamers, Tyson Fury WWE betting odds for winning the Royal Rumble are listed at 50/1 (51.00).

If you are adamant that Tyson Fury will make a grand return to WWE in 2020 find the best betting odds at the latest review for Betway Sportsbook.