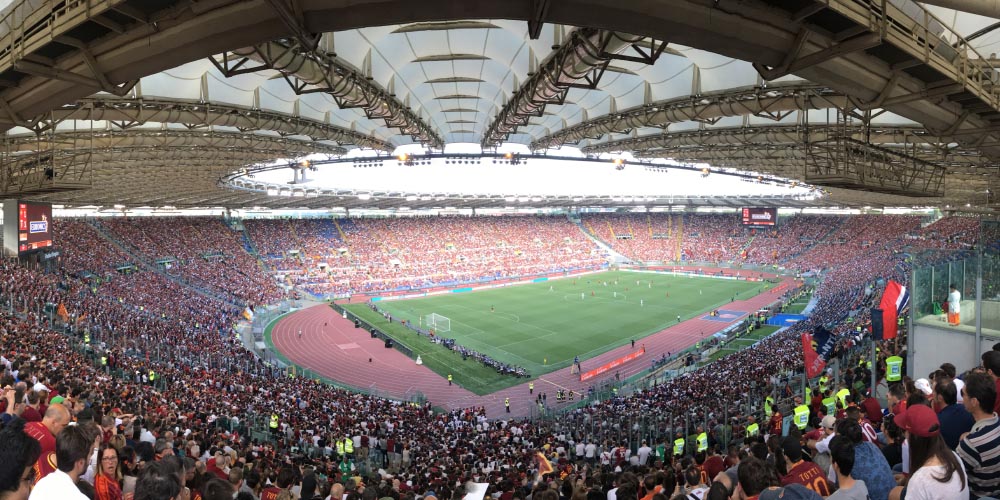 The Greek team faces quite a challenge at Stadio Olimpico. Image source: DoubleJack92 via Wikipedia

Italy and Greece will once again meet for their second Group J encounter, this time in Rome. On one hand, Greece’s Euro 2020 hopes recently came to end. However, they’ll be hoping to avoid another heavy defeat to Italy. Contrary to Greece, Italy will be looking to salvage a win to book their spot into the Euro 2020 tournament. Consequently, our Italy vs Greece betting predictions foresees a win for Italy on home ground.

The second Group J encounter between Italy and Greece will be live on 12 October at the Stadio Olimpico, Rome. According to our Group J Italy vs Greece betting predictions, Italy stands the best chance of winning the match. However, Bwin Sports also offers other betting opportunities for the Euro 2020 match to earn you extra money. In addition to the final score, these are:

Soon, Italy will be looking to record their second Group J win over Greece, following their 0-3 victory back in June. Fortunately, they have the best Bwin Sports odds of winning at 1.18 as well as home advantage. Furthermore, Italy will start the match with the best run of games in Group J having won all 6 games.

Winning in Rome will also be crucial for Italy as it will guarantee them a spot at the Euro 2020. Consequently, this will be the perfect way to redeem themselves following their failure to qualify for the 2018 World Cup. According to the online sportsbook news in Italy, Roberto Mancini will reportedly start to A.S Roma youngster Nicolò Zaniolo.

Additionally, Mancini has a lot of options to pick from particularly in attack. However, he will need to make a tough decision on who to play in center forward. The current candidates are Adrea Belotti and perhaps even Mario Balotelli if he receives a call-up.

According to Bwin Sports, the odds of Italy vs Greece ending in a draw are 6.00. In all the ten Italy vs Greece meetings, there have only been 3 games which ended in a draw. First at the 1981 FIFA World Cup, then in two international friendlies in 1985 and 2008.

However, Italy will be hoping to avoid this as they draw closer to a spot at the Euro 2020. Consequently, our Italy vs Greece betting predictions doesn’t foresee the match in Rome resulting in a draw.

Unlike Bwin Sports frontrunners Italy, Greece officially has nothing to gain the upcoming match. This is because their Euro 2020 dream officially came to an end following their September defeat to Finland. Furthermore, our Italy vs Greece betting predictions says things will likely go from bad to worse for Greece. Unfortunately, they have the worst odds on the online sportsbooks in Italy of winning against Italy at 17.00.

As a result of Greece’s failed Euro 2020 Qualifiers campaign, head coach John van ‘t Schip has made some significant lineup changes. Consequently, notable players such as Kostas Manolas, Sokratis Papastathopoulos, Kostas Mitroglou, and Vasilis Torosidis won’t face Italy in Rome. However, players such as Emmanouil Siopis and Anastasios Bakasetas will return to the squad and could help Greece salvage a point against Italy.

Bet on Italy vs Greece total goals at Bwin Sports

Be sure to read about Bwin Sports, the bookmaker to bet on the Euro 2020 match between Italy and Greece