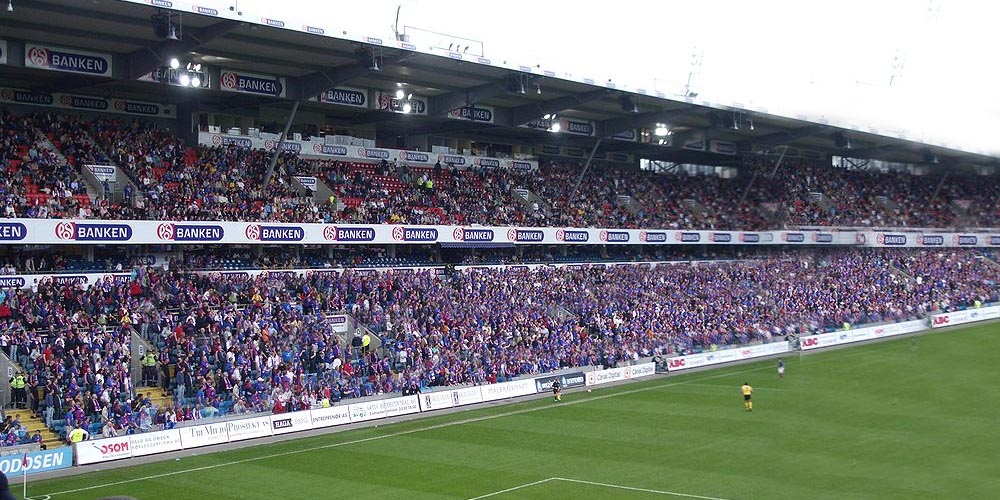 One of the most anticipated matches Norway vs Spain of the Euro 2020 Qualifiers will take place on October 12. As our Norway vs Spain betting preview suggests, Norway will do anything to get at least one point. Norway face a crucial moment with a desperate need to revive their qualification hopes.

Euro 2020 Qualifiers are approaching a critical phase before the draw for the finals takes place in less than two months. Group F leaders Spain are 18 points clear with six wins. Whereas Norway sit in fourth place and within two points of Sweden and Romania. The first leg between Spain and Norway last March ended 2-1 for La Roja. Their second meeting comes on October 12, with the hosts Norway looking desperate to get anything from the game.
[suggested_topics title=’Odegaard set to bring glory to Norway’ topics=’141151′]

Online gambling sites in Norway heavily favor the leaders Spain to dominate the game, with 1.44 odds at Bet365 Sportsbook. Norway – despite being the home side – are massive underdogs, standing at 8.00. However, our Norway vs Spain betting preview opts for a draw (4.00), as Norway will seek at least one point to revive their qualification hopes.

A Win for Spain will only consolidate their Group F lead

At Euro 2020 Qualifiers opener on March 23, Spain dominated possession at home and had 26 shots compared to just four for Norway. For most of the 90 minutes, Spain looked very dangerous, and their only setback was winning just 2-1. La Roja went on to win all the six games. They currently sit on top of Group F and hold a sizeable seven-point advantage over second-placed Sweden.

Roberto Moreno’s side will aim for a win only to consolidate their leading position further. Thus, they might go ahead with 1-0 (3.40) to the halftime break. In the meantime, their quality defenders, Sergio Ramos, Jose Gaya, and Dani Carvajal will make sure Spain concedes the minimum. When looking at their last three outings in the qualification tournament, Spain conceded only two goals and kept one clean sheet.

Norway need all the power to win a draw

There is a quite strong reason why online sportsbooks in Norway offer 3.75 for Spain to win both halves. Their opponents Norway have been struggling all the way, with three draws, one loss, and only two wins. They collected just 9 points, and they slipped to fourth place after being held on a draw by Sweden in the last match. That being said Norway must be desperate to get anything from the game at home.

Two players to count on when placing a bet on Norway to score. The striker Bjorn Johnsen, who headed Norway in front over Faroe Islands. And, the Real Sociedad youngster Martin Odegaard, who scored twice and assisted once in just six appearances in La Liga. A win for Norway is quite unlikely as per our Norway vs Spain betting preview. Yet, a 1-1 draw (7.50) would be a great result for Norway and Spain’s top spot will not be compromised.

If you are looking for the best Euro 2020 Qualifiers odds, look no further and check our review about Bet365 Sportsbook.