Bingo is a UK cultural institution. There was a time when bingo was played casually at church fundraisers or by school children 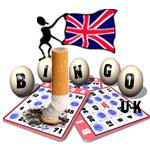 Bingo is a UK cultural institution. There was a time when bingo was played casually at church fundraisers or by school children as a fun way to learn, but recent years saw an explosion in the popularity of the game as it became commercialized, televised, and most importantly, monetized.

The last two years, however, have been hard on the UK bingo industry. The main culprit is 2007’s smoking ban, which forbade smoking in public places. This drove people out of the country’s bingo halls, which suddenly were not as appealing as they once were. Other contributing factors include increased government taxation and the recent economic downturn. At the same time, however, internet bingo in the UK has seen a significant boom as players stay home to enjoy the pastime.
Gala Coral Group Ltd., one of the UK’s largest land-based bingo companies, is feeling this pressure as its creditors consider selling £189 million ($308 million) of the debt they hold in the company, effectively transforming the debt into equity. This is only a small portion of the money Gala owes – their total debit hovers somewhere around £2.5 billion.
“The U.K.’s bingo business has gone through a difficult period and Gala’s problem is compounded by its significant level of debt,” says London gaming analyst James Hollins. Gala recently got lender approval to waive restrictions on their debt until the end of February, giving them time to restructure their finances and to plan their next move.
Meanwhile, online bingo games in the UK continue to flourish. UK internet bingo operators have seen revenues rise 20% annually for the past two years. The UK recently re-worked their gambling laws, requiring tighter regulation and taxation of offshore gambling companies, but since many UK online bingo sites are locally operated, they will remain unaffected.