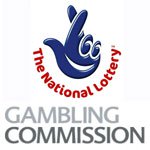 The merger is the latest in a series of high profile moves since the government announced planned UK gambling law changes that would result in a 15% point of consumption tax for online operators. This change has come under attack from foreign based online casinos and sportsbooks – most notably William Hill – as they feel it falls foul of EU competition laws.

The move has faced criticism from the Remote Gambling Association (RGA), who has led calls for EU wide reform of licensing laws.

Despite these planned changes, online and mobile casinos and sportsbooks continue to grow rapidly the world over, but it is in the UK where the greatest growth has been seen. A series of high profile adverts from major players such as Ladbrokes, Paddy Power and Bet Victor has raised awareness of mobile gambling, which has perhaps led to the government’s attempts to squeeze more tax revenue from those companies.

With most online gambling sites based in Gibraltar, Malta, the Isle of Man, and other low tax centers, any change would affect them considerably. Considering the Court of Justice of the European Union recently ruled that attempts to restrict foreign based casinos from participating in the Italian market was unlawful, there is a chance they could also move to rule against the UK.

Whatever happens, the continued growth of online and mobile gambling is likely to continue whether the companies involved are forced to pay higher rates of tax or not. It’s likely, however, that some of the smaller operators may be swallowed up by the move, decreasing choice for the consumer.