According to American gambling laws, US citizens who make gambling profits from sports betting are supposed to report their proceeds to the IRS. 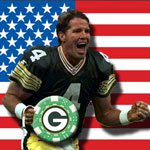 According to American gambling laws, United States citizens who make any gambling profits, including from sports betting, are supposed to report their proceeds to the Internal Revenue Service (IRS). Regardless of whether players win the money from a licensed bookie, an office pool, or their Uncle Bob, punters who won any money betting on the Green Bay Packers to win the Super Bowl XLV are still required to disclose all gambling wins to the IRS.

Typically, this doesn’t happen. The IRS almost entirely clueless about uncollected gambling income since there are countless ways to wager without leaving an official paper trail. Internet gambling in the United States, has become among the most popular ways to remain under the radar. Despite – or perhaps even because of – government efforts to curtail internet gambling such as the 2006 Unlawful Internet Gambling Enforcement Act (UIGEA), many (conceivably most) Americans will never report income from online casinos nor online sportsbooks in the US to the IRS.

The UIGEA, however, creates more hardship for payment processors than for the players themselves. Now, forward thinking American politicians in Washington, D.C., New Jersey, and some other states are looking to permit internet gambling, so they can regulate and tax it. Even on the federal level, a bill has been introduced both within the House of Representatives and the Senate to control and levy internet poker rooms and non-sports bets, which may generate $42 billion in federal tax revenue over the next 10 years. The underlying hope is that by regulating internet gambling, the IRS will persuade more winners to observe gambling tax laws.

Yet the UIGEA does create a trap for American players. In order to get around it, many gamblers internet betting in the United States use foreign bank accounts, putting them in the jurisdiction of Report of Foreign Bank and Financial Accounts (FBAR) rules. At the bottom of Schedule B, Interest and Ordinary Dividends, tax filers are informed that if they hold over $10,000 (total) in foreign financial accounts, they must file a TD F 90-22.1. New York tax attorney Brad Polizzano declared “The penalties with the FBAR are ridiculous,” says Polizzano. “Even a nonwillful violation is $10,000 for a late filing. You’re penalized as much as you had for the year.”

Another issue for the IRS to resolve is misconception among gamblers. Many don’t realize either their obligation or the proper extent of the responsibility. Recreational gamblers pay different taxes from professional gamblers. According to Polizzano, “A lot of gamblers think they can file any way that minimizes their tax burden,” he says. “But they really don’t have a choice. They must pick one category or the other.” The tax court defines professional gamblers as those who wager regularly hoping to win enough to make a living and it is this definition which “basically requires people to file one way or the other, professional or recreational.”

It isn’t all bad news though: Gamblers can also deduct their losses, up to the amount that they win during the year. In order to claim this deduction, according to IRS Publication 529, Miscellaneous Deductions, players must keep a detailed log or all wagering activity. Not only must players record how much is won or lost, but they must include the specific date and exact type of betting activity, the name and physical location of the gambling operation, and even (rather dubiously) the names of everyone present while gambling.