Want to Bet on Struve vs. Volkov in the Netherlands? Head to BetVictor 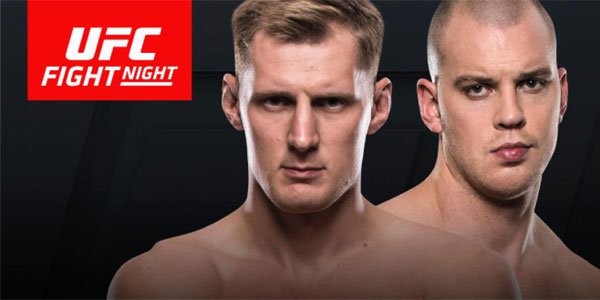 A massive heavyweight bout is just around the corner, and anyone looking to bet a bet on Struve vs. Volkov in the Netherlands will find some great odds at BetVictor Sportsbook!

On September 2nd, two of the top heavyweights on the UFC roster will face off in a fight to move up the top 10 rankings. Stefan ‘Skyscraper’ Struve will be looking to earn his third straight victory against former Bellator champ Alexander Volkov.

Most online sportsbooks in the Netherlands have set the odds for this event, though even the best MMA betting experts are having a tough time predicting who will come out on top.

Both men are dangerous on the ground and on the feet, and should produce fireworks when they face off in Rotterdam. With only a few weeks before the fight begins, now is a great time to place your wager on who comes out on top. Let’s take a look at the odds.

Stefan Struve is one of the more experienced fighters at heavyweight in the UFC. He signed with the promotion in 2009, and since that time has gone 12-6 with wins coming in a variety of ways. He suffered a health scare a few years back but has looked great in his two past performances but is entering as the MMA betting underdog here with odds of 5/4, according to BetVictor Sportsbook.

Alexander Volkov had a very successful career before making his way into the UFC, accumulating a 26-6 record with wins over fighters such as Ricco Rodriguez, Attila Vegh, and Alexei Kudin. He’s been successful inside the octagon as well with two straight wins over Timothy Johnson and Roy Nelson. He’s the favorite in this matchup with odds of 8/13 to beat Struve.

If you want to bet on Struve vs. Volkov in the Netherlands this year, make sure to head to BetVictor Sportsbook. Here you’ll find a massive list of odds for all the event’s fights. Check out GamingZion’s Dutch gambling news page to stay up to date on everything related to MMA betting in 2017!