Want to Know the Best Site to Bet on MMA in Brazil? 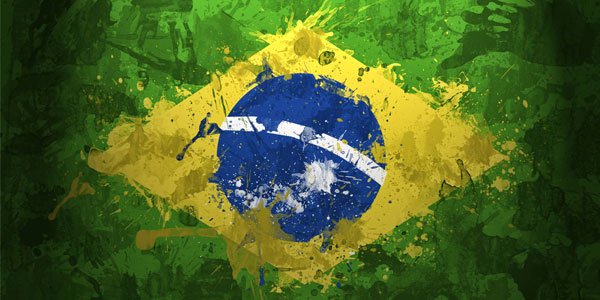 Do you want to bet on MMA in Brazil this year? If so, head to NetBet Sportsbook, where you’ll find the best odds on all the major fights.

The country of Brazil has produced some of the best MMA fighters in history. You could argue that Brazil was responsible for creating mixed martial arts thanks to legendary fighters like Royce and Rickson Gracie.

Today, a number of Brazilian fighters are either champions or top contenders. This country has one of the most passionate fan bases in the world, and those looking to bet on the fights here have access to the best odds at NetBet Sportsbook. Let’s take a look at a few matches you can place bets on right now.

One of Brazil’s most legendary fighters and the current featherweight champion Jose Aldo will look to make his first title defense since a defeat to Conor McGregor against one of the most talented fighters below 155 pounds, Max Holloway.

Jose Aldo is without one of the best featherweights of all time. He held the UFC’s 145 pound title from 2011 to 2015, and recaptured the belt this past July in a rematch with Frankie Edgar. Jose has been calling for a rematch with McGregor since that loss, but will need to first get past Max Holloway. Aldo’s experience and elite striking game make him the betting favorite here with odds of 1.66.

Max Holloway suffered two straight losses in 2013. Since then, he’s put together 10 straight wins, most recently earning the interim featherweight belt with a TKO win over Anthony Pettis. Holloway is seen as the new generation of MMA fighters with a strong standup game and dangerous submission skills. Nevertheless, most online sportsbooks in Brazil list him as the underdog here with odds of 2.05

Those looking to bet on MMA in Brazil have a fun fight coming up in the women’s 115 pound class. There’s almost no denying the fact that Claudia Gadelha is the second-best strawweight fighter inside the UFC right now. On the Aldo vs. Holloway card, Claudia will be looking to win her second straight fight against fellow top contender Karolina Kowalkiewicz.

Claudia Gadelha has only lost to the champion in her MMA career (photo: mmajunkie.com)

Claudia Gadelha has only lost twice in her career, both times to the current champ Joanna Jedrzejczyk. Despite falling short twice in her attempt to capture the belt, she’s dominated every other fighter she’s faced, and may earn another title shot win a win over Karolina. Claudia is one of the most well-rounded athletes in WMMA, and is the betting favorite to get the win here with odds of 1.30, according to NetBet Sportsbook.

Karolina Kowalkiewicz suffered her own defeat to the champ in November, but put Joanna in arguably the most trouble of her career with a massive right hand. Karolina’s stock certainly went up after that fight, but she’s the serious MMA betting underdog to make Brazilian gambling news here with odds of 3.15.

Another tremendous option to bet on MMA in Brazil is on the heavyweights. Alistair Overeem and Fabricio Werdum are scheduled to fight their third fight on July 8th. Overeem most recently knocked out Mark Hunt in the 3rd round. With a victory over Werdum he will likely earn another shot at the belt. Overeem’s odds to beat Werdum are set at 1.64.

Fabricio Werdum has been vocal about his disapproval over the UFC’s partnership with Reebok, and is being thrown to the wolves here against Alistair. He is likely only a fight or two away from the championship, but is entering this fight as a huge underdog with odds of 2.10.

At the moment, the best place to bet on MMA in Brazil is NetBet Sportsbook. Tell us who you think wins the fights we listed in the comment section below!