Weird Car Races Around The World 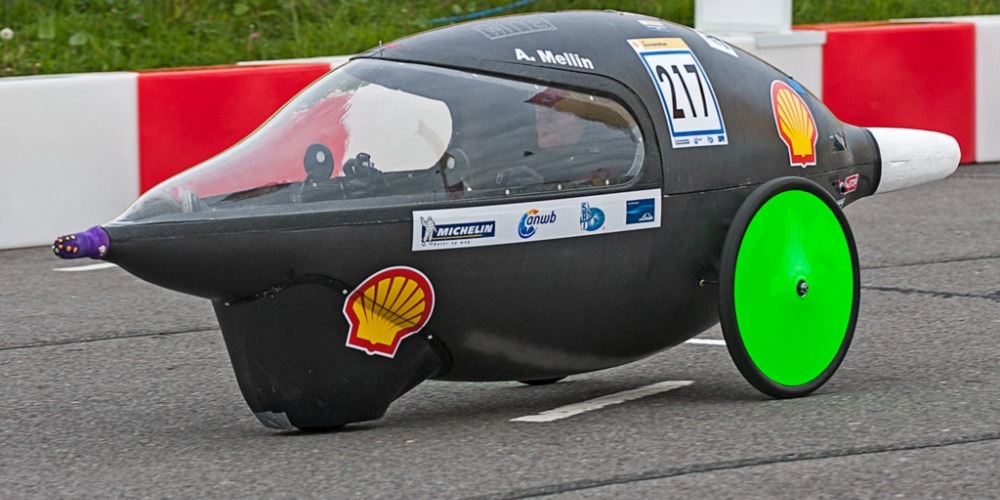 If you are bored of traditional motor racing contests, check out our list of weird car races around the world! There are car races where the point is that cars play tag, while at other times, it is also allowed to push or overturn their rivals. In some places, the winner is the one who has crushed the most opponents or remains the last car on the track. Also, sometimes the competitors try to jump far with their vehicles or do stunts with them. Let’s see some crazy contests!

Weird Car Races around the World

There are unique races that are not about speed or destruction but technique. Such are the eco-races, of which the Shell Eco-Marathon Europe is the most well-known. Every year, this competition presents a unique challenge for students. They have to build a vehicle that can cover the longest distance using the same amount of fuel or kilowatt hour of energy. So it’s definitely among the weird car races around the world, though the idea behind it is great.

The aim is to inspire young students studying science, engineering, technology, or math to use their own knowledge, creativity, and resources to experiment with innovative solutions to design and build their own vehicles, pushing the limits of energy efficiency. Obviously, the spectators cannot prepare for dizzying speeds, but often funny or cigar-shaped cars line up on the starting line.

The competition dates back to 1939 when scientists and employees of the Shell oil company announced a challenge to see who could travel the farthest with the same amount of fuel. In 1985, they organized the first Shell Eco-Marathon in France, at the Paul Ricard racetrack, with 25 teams. Later, the competition was held again in Germany, England then the Shell Eco-marathon debuted in the USA in Detroit and in Asia, Malaysia. You can find the 2023 Programme at 1xBet Sportsbook!

The vintage car races that have appeared in recent years represent a special category, the purpose of which is not speed but maintaining the average time between sections, although the drivers floor the old racing cars in the historic division of the rally championship. Oldtimer events abroad have two main events, both in England.

One is the Goodwood Festival of Speed, which also features the greatest rarities, and the other is the London To Brighton Veteran Car Run, where they never announce the results. Participation equals a win for everyone, as only cars manufactured before 1905 can enter. Learn about other vintage car races at online sportsbook sites in the US!

They organize rallycross races with pick-ups with huge wheels and even bigger springs in stadiums. The genre combines the unpredictability of off-road racing and the wheel-to-wheel battle on the track. The point is that the audience can see crazier maneuvers and stunts.

The former IndyCar and NASCAR driver Robby Gordon introduced Stadium Super Trucks or STT series in 2013 after he was fed up with NASCAR’s growing spending.

His goal was to start a series of races in which completely identical cars compete against each other in incredibly spectacular races so that only the skills matter. Obstacles and ramps have also been added to the tracks, which await the cars heavier than 1,300 kilos, driven by 600 horsepower, to withstand the enormous jumps. It’s a dangerous motorsport, as all it takes is a hesitant gas pedal press or an uncertain steering wheel movement, and thanks to the power of the spring, the car will be jumping like a bull at a rodeo.

However, this only describes simple driving, but there are ramps as well, which completely mess up the balance of the cars, which frequently shoot up six meters high. It would be exciting enough if someone did this alone on a race track, but it’s pretty different when 10-15 pick-ups are tormenting each other between the ramps, and then, they can only hope that no one crashes into their cars and pushes them into the wall, especially after a jump. For more exotic car races, click on the link!

Weird Car Races around the World

Figure 8 races are among the weird car races around the world. It’s crazy to even look at it, and it’s even harder to imagine what it would be like to sit behind the wheel in a Figure 8 car race. The essence of the World Figure 8 Enduro competition is that cars race on a figure-eight track that intersects itself. Nothing special happens in the first laps of the race, but as the cars get far enough from each other, the madness begins.

Imagine 28 cars crossing each other’s paths continuously as a never-ending lap or as if they drive through a red light. Of course, the risk of collision is high. The winner will be the one who completes the most laps. The oldest working figure 8 race check is in Indianapolis, which hosts annual competitions. The record for most laps was set in 1977 when Doug Greig completed 8,576 of them. It’s worth checking it out at online sportsbook sites in the US!

The English are not averse to starting with Rolls-Royce or Jaguar luxury car remnants, but for a long time, they also held separate mini-races. The three-wheeled Reliant Robin Championship is particularly bizarre, as these cars can tip over on their own at every turn, especially if they push each other.

However, there are other weird car races around the world. For instance, the motorhome demolition derbies, which are crazy but old competitions, are crowd favorites. The point is that cars tow trailers that the other competitors try to demolish during the race.

They also organize a boat-towing race without a trailer, which the one who drags the shipwreck behind their car the longest wins. The USA has similar races. For example, sometimes they drive scrapped school buses against each other, but the real kings of destruction are monster trucks. These monsters with giant wheels, usually with a pick-up body, test their skills on an off-road course, where they have to run over car wrecks and various other obstacles as quickly as possible. There are also separate freestyle races, where instead of timing, the judges score the stunts, such as standing on the back two wheels, jumps, and, of course, car destruction.