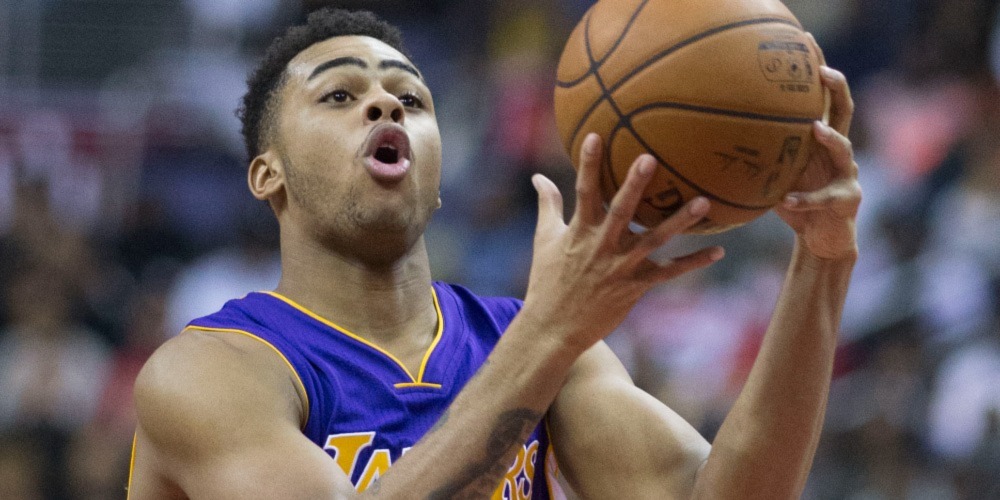 Sometimes, the primary guy on the bench, the 6th man on the team could have a bigger impact than some of the starters. Coaches are always trying to find the right balance between starters and bench players. In this article, we’ll be listing the top five favorites for the 2023 NBA Sixth Man of the Year award, with included betting odds.

A lot of things have changed since last season. The most notable and relevant change is among the Sixth Man of the Year candidates. As last year’s favorites and finalists were either moved to the starting lineup or received a smaller role, the list today is completely new. The award ceremony is still some time away but it’s better to have some idea about the race for Sixth Man of the Year.

Lakers’ Westbrook Leads the Sixth Man of the Year Candidates

There was a lot of dysfunction in LA when the season started. After a lot of adjusting and a couple of months, the pieces are slowly falling into their places. Moving Westbrook to the bench seemed like a crazy idea at first but it seems to be working, most of the time. The 34-year-old is averaging 14.6 PPG, 5.2 RPG, and 7.5 APG from the bench. Furthermore, only Austin Reaves is averaging more minutes per game from the bench than Westbrook.

Yes, Russel is doing great coming off the bench but his odds might be somewhat biased. Considering how he’s an ex-superstar in the league, the numbers tend to be in his favor. On Bovada, the odds of Westbrook winning the 2023 Sixth Man of the Year are +130. If AD can stay healthy we see no reason why the Lakers couldn’t turn around the season. The playoffs are still a possibility so we’ll just have to wait and see.

The Warriors aren’t as good as people expected them to be, especially after winning the championship. Jordan Poole was moved to the bench earlier this season and serves as Golden State’s 6th man.

His numbers are worse than last season but in his defense, Poole started 51 games last year. The problem is with the rest of the bench. Because of his reliability, Jordan is playing more minutes than starting center Kevin Looney.

Online sportsbook sites in the US still favor Golden State to win the West and we know how no one wants to face the Warriors in the playoffs. If Poole and co. can move up to a 3rd or 4th seed by the end of the regular season his chances for the 2023 Sixth Man of the Year would improve greatly. As of 6 December, his odds to win the award are +400.

The Celtics are cruising this season. They have the best record in the league with 20-5 and are highly anticipated to make it back to the Finals. They have a great starting lineup, and a deep bench and injuries are rare as well. Brogdon plays as their secondary shooting guard or tertiary point guard. Considering how he played 20 games and started 0, he’s Boston’s best candidate for the 2023 Sixth Man of the Year.

Malcolm Brogdon is averaging 13.9 PPG, 4.2 RPG, and 3.7 APG in 23.3 minutes per game. And seeing how winners of this award are usually on the best-performing teams, the 29-year-old’s chances are good. On Bovada, Brogdon’s odds of winning Sixth Man of the Year are +400. Boston’s players could rack up several awards this season if they continue to play this way.

The Indiana Pacers have surprised everyone this season. They started great with a well-balanced roster with no superstars or even All-Stars. Bennedict Mathurin played in 24 games and started only and his stats make him a great candidate for the 2023 NBA Sixth Man of the Year. He’s 2nd in points on the Pacers with 18.3 PPG, only behind Haliburton.

Online sportsbook sites in the US have Mathurin among the favorites for both the Rookie of the Year and Sixth Man of the Year awards. To win both awards would be a tremendous feat but it’s nearly impossible. Indiana struggled a bit lately and dropped to the 5th seed but we’re confident they can make it to the playoffs. Mathurin is no doubt a player to watch out for.

The Mavericks are built around Luka, which shouldn’t be a surprise to anyone. Doncic is putting up MVP numbers this season but it’s best to keep an eye out for Christian Wood as well. Dallas’ backup center is 2nd in points, rebounds, and 3rd in blocks on the team. To be precise, Wood is averaging 16.9 PPG, 7.8 RPG, and 0.6 BPG in 20 games. He’s also averaging 26.1 minutes per game which makes him the Mavs’ clear candidate for the Sixth Man of the Year award.

On Bovada, Wood’s odds to win the award in 2023 are +700. Based on stats alone, the Mavs look like a one-man team. But role players like Wood often stay under the radar. We could see Dallas finish the season as a 4th seed but we’re especially excited to see them in the playoffs again. Until then, Christian Wood should get plenty of time to shine.

Click here to try the best odds at Bovada Sportsbook