After failing to sell Wembley Stadium to Shahid Khan, the FA has been given the proposition of floating shares of the ground on the new exchange – International Property Securities Exchange. 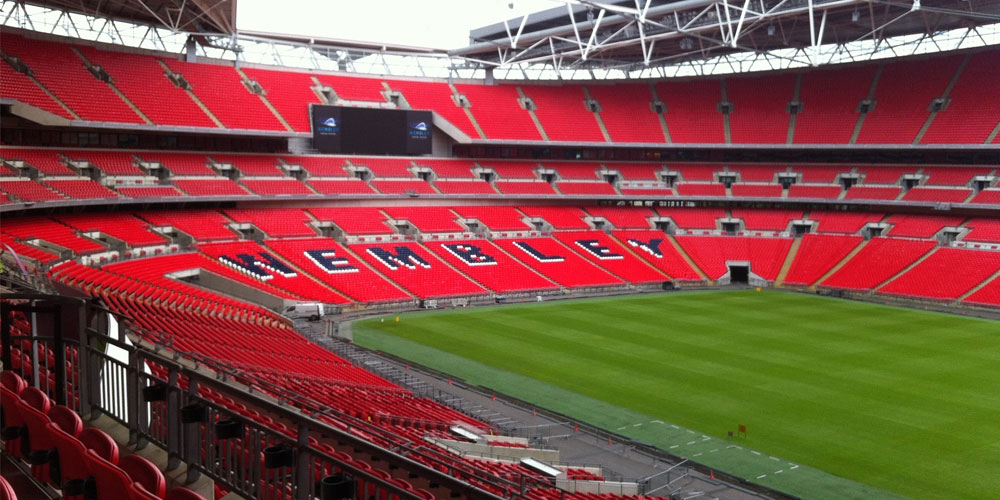 Wembley Stadium could yet be sold, but not bulk to any one particular buyer; instead the £600m ground would be sold in pieces (shares) on the new exchange, if the FA accepts the ambitious proposal put forward by the IPSX Group.

The exchange – which goes by the full name of International Property Securities Exchange – would enable potential investors to buy and trade shares in individual real estate assets, which is why Wembley would qualify as a unique piece of real estate, online sportsbook news report.

Investment banker Anthony Gahan – the founder of IPSX – contacted the FA about the possible idea of making a £600m listing of the stadium just days after billionaire sports owner Shahid Khan decided to pull the plug on the deal that would have seen him become the new owner. The FA is yet to come up with a decision on Gahan’s plan.

The IPSX is in the process of getting all the necessary accreditations needed to initiate the ambitious exchange; it’s slated to commence operations before the close of the current year which would allow the FA – should they give the prospective project the green light – to sell (portions of) Wembley this year after all.

What would floating Wembley shares do for the FA?

The FA received intense criticism from various corners when they announced plans to sell Wembley – their national ground – to a foreign owner who would look to use it as a part-time stadium to host NFL matches. Luckily for many English supporters, that deal fell through.

Instead, listing the shares of Wembley on the IPSX exchange would grant the English fans the right to actually purchase small ownership stakes in their national ground. This would be far more appealing to supporters that the aforementioned deal that would have resulted Wembley falling in the hands of a foreign owner.

On top of that, it would also allow the FA to retain a controlling interest in Wembley – thus giving them the final say on important matters – while at the same time raising substantial capital that they need in order to facilitate their high-scale grassroots project.

All of these points were particularly highlighted by IPSX’s founder and chairman Anthony Gahan, as he attempts to push for a deal with his soon-to-be operational exchange, per online sportsbooks in UK.

“Wembley’s unique circumstances would, however, seem to represent a huge win all round to deliver value with utmost flexibility for the FA to invest in grass-roots football, retain Wembley’s independence and offer an attractive investment opportunity, not least of which would include England fans,” said Gahan.

This is great news for England fans as they won’t have to worry if their stadium will become less available for international matches involving the Three Lions. England have recently received the support from Prime Minster Theresa May to push for a joint-bid between UK and Ireland for the 2030 World Cup, for which Wembley Stadium would most likely host one of the semi-finals and the final itself.