Bet on Second Trump-Kim Summit: When & Where It Will Happen?

The second meeting between the US President Trump and North Korea’s Kim Jong-Un is coming soon, but the exact location and time have not been confirmed yet. Here is our analysis that can inform your betting on second Trump-Kim summit. 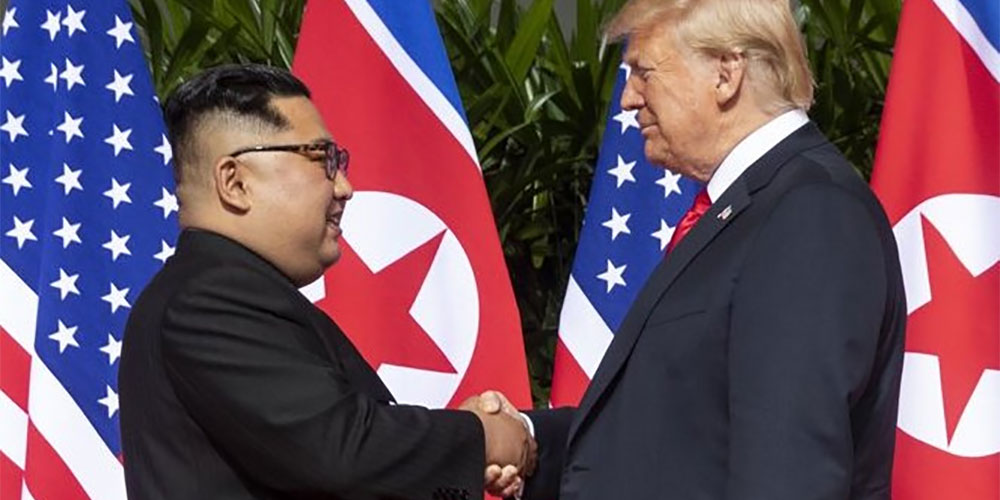 After US Secretary Mike Pompeo returned from his fourth visit to Pyongyang early this month, Trump tweeted “Progress made on Singapore Agreements! I look forward to seeing Chairman Kim again, in near future.” Pompeo also said that he has been developing options for both location and timing. As long as there has been no revelation whatsoever, you can place a bet on second Trump-Kim summit’s location and time.

Best online betting sites in the United States like Unibet Sportsbook listed Singapore to host Trump-Kim summit again, with odds at 11.00, but Trump said, “Singapore was fantastic, but we will probably do a different location.” So, what other options are being considered, and when is it supposed to happen?

Trump to Meet Kim after US Midterms

The second summit will be certainly built on the progress made after the first one in Singapore last June. First thing to keep in mind Trump repeatedly said “I like him, he likes me, the relationship is good.” What is more important though is Pompeo’s announcement of his agreement with Kim to allow international inspectors in to see North Korea’s Punggye-ri nuclear test site.

US-North Korea’s good relations so far, indicate the second meeting will be held soon, and you can bet on second Trump-Kim summit to be held this year with odds at 1.40, from Unibet Sportsbook. However, Trump himself said the summit would not take place before the US midterm elections in November 06.

Japan, China or South Korea to Host the Summit

Trump has said publicly that he will not embarrass anybody by inviting Kim Jong Un to USA. However that means he will also not visit North Korea for now or set a meeting in the demilitarized zone, simply because such locations are the best when the game is over and everybody achieved their interests, and that is probably too far from the reality right now. So what other places are good to host the summit?

There are three top candidates that you can consider when betting on second Trump-Kim summit’s location. Japan (11.00) announced its readiness to host the summit. If North Korea agrees, the Prime Minister of Japan Shinzo Abe will have the chance to hold talks with Kim on reaching some kind of agreement on the issue of Japanese nationals abducted by North Korea decades ago.

China (9.00) might be also an option. It would be keen to make sure it had a seat at the table for further talks on the peace process, and to avoid the US gaining too much influence in the region. Furthermore, South Korea (2.50) might step up and make the preparation especially that its President Moon Jae-in has good relations with both leaders Trump and Kim.