Though Michael Carrick is one of the most likely candidates to become the next Man United manager, the odds are 14/1 on him at BetVictor Sportsbook. We believe he does have a chance, and if he will become the caretaker manager for 10 matches that counts as a winning bet! Many fans agree with us: they think Carrick is the right choice for the job, mostly because of his love for the club and the tactical skills he has showed as a player. 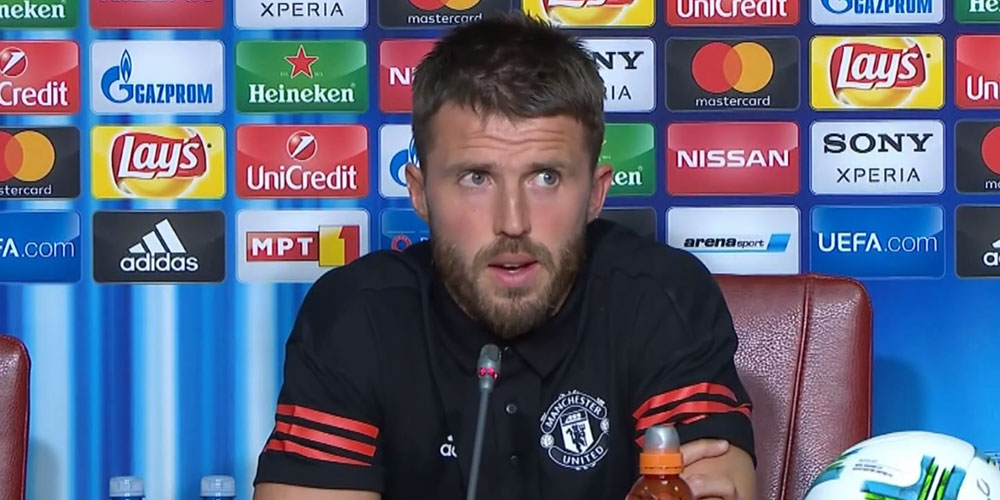 “I think Michael’s the best central midfielder in English football. I think he’s the best English player in the game.” – Sir Alex Ferguson

Michael Carrick was never the fastest or the strongest midfielder to play for Manchester United, and he didn’t score most of the goals either. His most important skill was the ability to read the game. He was a key player to stop the opposition attacks with his interceptions, while he could also control the play as a creative deep-lying midfielder. The United defence seemed much more organized when he played in front of the back four, and that is something that the Red Devils miss ever since his retirement.

Despite his tactical abilities and the presumably great work he’s been doing as a coach, the odds are still 14/1 on Carrick to get the job. While online sportsbook sites in the UK claim that Zidane is definitely the favourite (2/1), they argue that even Brendan Rodgers is a more likely candidate than the former captain (10/1)! Furthermore, being a caretaker manager for 10 matches only also counts as a winning bet at BetVictor Sportsbook. Because of that and the high odds, we do believe that this is the right time to bet on Michael Carrick to become the next Man United manager.

“When you play with Michael Carrick you think there is authority, control, peace. It’s relaxing. Listening to some good rock is good and you like that too but sometimes it’s nice to listen to a piano. Carrick’s a piano.” – Gary Neville

Carrick was known for being one of the most intelligent players of the squad. He’s also spent more than 10 years with the Red Devils, which makes him a club legend. Isn’t that the best possible recipe for a great United manager? He definitely knows a lot about positioning and reading the game, and by that he could help the likes of Pogba to develop as a player. Who knows, maybe he could even bring a bit more stability for the seemingly brainless defence, or find a solution for the slow counter-attacks.

The fans love him – and so do his players

“Carras makes the game look easy. His passing range, his communication and his leadership – he’s fantastic. He helps people on and off the pitch and he’s still got that hunger and desire, that winning mentality.” – Ashley Young

“It’s Carrick, you know – I can’t believe it’s not Scholes!” – United fans were often singing their song about their beloved midfielder at Old Trafford, comparing him to the legendary Paul Scholes. Let’s be honest: it’s always a fan’s wet dream to see one of their legends as the manager of their club. As Carrick would definitely enjoy the fans’ support, the players seem to like him as well. While many of his current players endorsed him – Lukaku publicly thanked Carrick for making him a better player – the squad would presumably back him, even in the tough times.