What are the Best Premier League Relegation Odds? 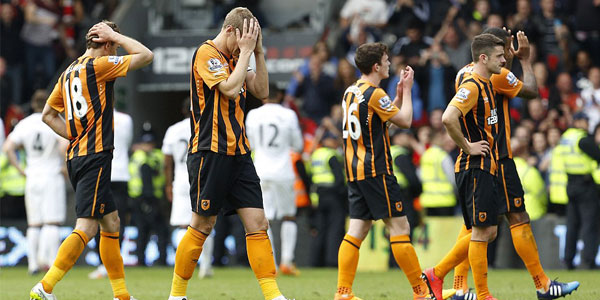 Who are the favourites to go down? Will there be a big name surprise at the bottom of the table? We look at the best premier league relegation odds!

If you want to bet on sports in the UK this summer, there can’t be a better bet than this. Steve Bruce has just resigned due to lack of transfers, and the squad only includes thirteen fit players. The favourites to replace Bruce are mostly uninspiring, but they’d need to be miracle workers if the squad stays as it is. While the rest of the league have been investing heavily, Hull have stayed out of the transfer market due to their Chairman’s illness and an (as yet not finalised) potential takeover. Bet on them to go down.

Burnley @ Evens to get relegated @ Bet365

Burley won the Championship last year, and they will hope that keeping mostly the same squad will bring benefits in terms of team spirit and tactical consistency. Their manager, Sean Dyce, has been in charge for four years, including their previous year in the top division. This time he will bring more experience but they still haven’t had investment of other clubs. Their signing of Jóhann Berg Guðmundsson, who starred for Iceland in Euro 2016, may not be sufficient to keep them up.

Sean Dyce is back in the Premier League (Photo: Sky Sports)

Of the promoted team, Middlesbrough look the best placed to stay up. They’ve invested heavily, loaning former Manchester City striker Alvaro Negredo and signing former Barcelona keeper Victor Valdes on a free transfer. They’ve bought Danish playmaker Victor Fischer from Ajax and Dutch midfielder Marten de Roon from Atalanta. Their manager, Aitor Karanka, was formerly the assistant manager to Jose Mourinho. While they might not have enough quality for a top table finish, check out their odds to stay up at online sportsbooks.

Watford finished a commendable 13th last year in their first season back in the top flight, but this could be a very different challenge. They sacked Quique Sanchez Flores, after their form dropped badly in the second half of the season. New coach Walter Mazzarri is very experienced in Serie A but could find the transition to English football challenging.

Tony Pulis, as he usually does, will likely keep West Brom up. They will play defensive, uninspiring football, but will grind out enough results that relegation shouldn’t be a threat.

While Sam Allardyce will be a big loss to Sunderland, David Moyes seems a decent replacement if he can replicate anything close to the work he did at Everton, taking a relegation threatened team to a consistent challenger for European places. They seem to be a perennial certainty for the drop, only to sneak out of danger at the last minute. Perhaps this could be a season of mid-table security. However, if David Moyes has lost his mojo after several seasons of failure, maybe this will be the season Sunderland do actually go down!

After finishing 16th last year, Bournemouth’s odds for relegation look tempting. They’ve spent money on young English talent in the shape of Lewis Cook and Jordon Ibe, but it’s not clear that they will immediately improve their team. They suffered badly through injury last year so will hope to improve with big names players back, but if injuries were to hit again then they would look a very good bet for relegation.

Another team who at one point looked like relegation candidates, Swansea haven’t spent a great deal this summer. Francesco Guidolin was persuaded to stay on after he boosted their form in the second half of last season. With the lack of investment Swansea are another team who could easily slip into the bottom three.

If only the second half of the season had counted, Crystal Palace would have been relegated last year. They may have reached the FA Cup final, but that masked the fact that for most of 2016 they have been awful. They seem to have invested well in French keeper Steve Mandanda and West Ham centre-back James Tompkins, while Andros Townsend certainty has quality. However, Alan Pardew has an uncanny ability to get his teams playing either brilliantly or terribly. They could finish in the top half, or they could be relegated. They may have the best premier league relegation odds!

While Leicester made gambling news with their victory against 5000/1 odds last season, could they do something even more remarkable and get relegated the very next year? While so far they’ve held on to some of their stars, Mahrez and even Vardy could be tempted by late-window big bids. If Leicester fail to adequately replace them, or injuries hit, next season could be a struggle. Many teams drop places when forced to also play European matches, and the Champions League will be a very big distraction. With odds of 14/1 Lecester to get relegated isn’t the craziest bet!