What Does the Point of Consumption Tax Mean for Betting Firms?

News >What Does the Point of Consumption Tax Mean for Betting Firms? 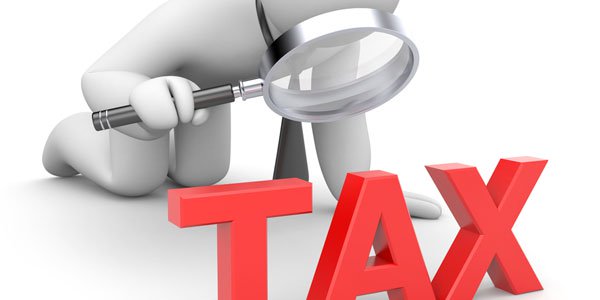 As the UK takes steps towards implementing the Point of Consumption Tax, it could spell bad news for off-shore betting firms looking towards the UK. Will it mark the demise of the UK online gambling industry?

Until later this year, betting operators located in tax havens like Gibraltar are currently enjoying a 1% tax rate with a GBP 425 million cap, however once the new Point of Consumption Tax comes into effect, it means a whopping increase in tax to 15% gross.

At the moment, countries that are whitelisted to advertise in the UK from locations such as Alderney, Isle of Man and Gibraltar will feel the brunt of the new tax law.

What is Point of Consumption Tax?

Currently, the UK online gambling market is relaxed in its regulation. However, the new proposed tax will transform the UK gambling industry from an open market into a restrictive one.

The new Point of Consumption Tax will impose a 15% tax on gross profits on operators serving UK customers regardless of where they’re located, even in tax havens.

From the government’s point of view, it’s easy to see why this is an attractive proposal, since they expect a boost of GBP 300 million from the Point of Consumption Tax once it has been implemented.

According to the economic secretary to the Treasury, Sajid Javid, that the changes will “ensure that remote gambling operators who have UK customers make a fair contribution to the public finances.”

The new legislation has been in the works for 2 years and is a key component of the government’s new Gambling (Licensing and Advertising) Bill, and will require all UK-facing operators to hold a UK-issued license from the UK Gambling Commission.

Additionally, it hopes to put an end the gambling “whitelist” that allows companies to operate and advertise to the UK client base.

Breaking the law around the Point of Consumption Tax is no laughing matter, since it will carry harsh sentences, involving unlimited fines, up to 7 years in prison and the removal of the gambling licenses.

It goes without saying that the impact will be significant for operators located abroad or in tax havens.

Since companies based in Gibraltar like William Hill, Coral and Ladbrokes enjoy the current benefit of a 1% tax rate with a GBP 425k cap, it’s easy to see why online gambling operators are getting hot under the collar about the law change.

Others are concerned that the move by the government will affect the consumers, since it is expected that the operators will increase the costs to offset the tax increase, meaning punters will be forced to move onto rivals in the Caribbean and Central America.

According to a study by Deloitte, the concluded that it is highly likely the government proposal will result in an increase of 27% of consumers moving to the unregulated online black market.

William Hill has already got its lawyers on the case to loudly contest the new Point of Consumption Tax law. According to the company’s CEO Ralph Topping,he has supposedly received “encouraging noises” from his lawyers.

Legal experts in the gambling area have already warned the government that the proposed tax is illegal under European law.

“You cannot restrict the free movement of goods and services in order to raise your own national tax. We can’t stop BMW from selling BMWs in this country because the tax is paid in Germany,” said Jason Chess, the betting and gaming partner at law firm Wiggin.

What the operators think

While William Hill is being vocal about the proposed legislation, its fellow gambling companions in Gibraltar are responding in different ways to the change.

Headlines in gambling news cites that this change in UK gambling laws will bring about the demise of the industry, with less extreme cases postulating that many companies will be forced to return to the UK, along with a range of opinions stemming from various operators.

Bet365 are one of the biggest online sportsbooks in the UK, and a household name in the online gambling industry. However, they appear rather neutral on the introduction of the Point of Consumption Tax.

According to Morgan Stanley, Bet365 are already paying out the Point of Consumption Tax on their UK sportsbooks, so the new tax will have very little input on the company.

The operator already sees 60% of it’s clientele from outside the UK and unlike it’s competitors, Bet365 decided to stay put in the UK, and run their operations from Stoke-on-Trent.

In BetVictor’s case, even though the operator was one of the first to relocate to the “Rock”, owner Victor Chandler remains rather sanguine about the changes.

“We have quite a lot of the cards in our favour as far as the legal route is concerned, but you can never determine what’s going to happen politically,” he commented when asked about the situation.

Ladbrokes have replied with an in depth formal response to the treasury, calling for a tax regime that would support and stimulate growth, rather than forcing strict regulations.

“A new tax regime for remote gambling should consider the range of challenges facing the industry and should aim to support rather than undermine UK betting shop businesses,” said the Ladbroke’s report.

While some operators are talking about moving back to the UK, lobbying for a lower tax rate and making a lot of noise in general, others feel that they should turn their outlook towards Asia.

“Quite a few large operators have Asian-facing customer bases,” says Christopher Murphy, joint managing director of M&P Legal in the Isle of Man, who cites PokerStars as an example of a local company with worldwide markets beyond the UK.