What Future Can Online Gambling Expect in Canada?

News >What Future Can Online Gambling Expect in Canada? 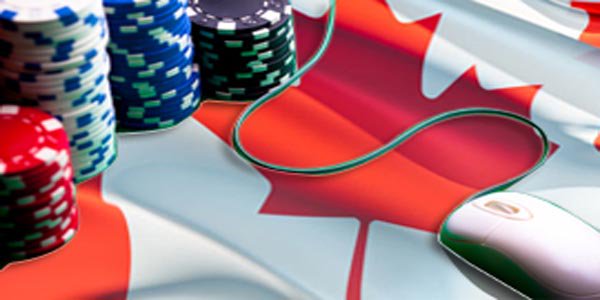 Canadian gambling laws have been rather liberal when compared with those in the neighboring US. However, recent developments have shaken the country up and have left the future of the Canadian gambling scene on a rocky ledge.
The recent bid to crackdown on online gambling sites that target a Canadian audience is one such big change, although, it’s not the only change that has made the headlines in gambling news.

One of the largest online gambling software companies, Playtech, has pulled out of Canada, taking a number online casinos and affiliates with them.

Skrill has also followed hot on its heels, and will no longer be providing online gamblers with their payment processor.

So what is happening in Canada? Where does online gambling go from here?

Things haven’t been looking up for Canadian players of late, with both Playtech and Skrill pulling out of the market. It feels like Canada is taking three steps back where online gambling is concerned.

Playtech is one of the most successful developers for online casinos and poker games.

Located on the Isle of Man, a Crowd Dependency of the UK, Playtech supplies the software platform for some of the world’s biggest online casinos.
However, Playtech has recently announced that it will be pulling out the Netherlands, Finland and Canada. As a result, this also means that online casinos using Playtech will also have to leave those countries.

• All Slots. The site offers a number of bonuses and top games provided by the Microgaming platform.
• View Casino. This online casino specializes in live dealer games, great for those looking to gamble without a random number generator.
• Luxury Casino. Offers over 470 games for real-money play, powered by Microgaming.

• CasinoAction. Another one from Microgaming, offering over 300 state-of-the-art games casino games, including 21 special progressive jackpot games.

It’s not only Playtech that is abandoning ship in Canada. As of January, one of the largest payment platforms, Skrill, has also finished its dealings with Canadian gamblers.

Skrill’s move to pull out of the online gambling sites in Canada or those Canadian players have access to could be attributed to a strategic move on Skrill’s behalf, since they are readying themselves to enter the emerging US market.

Where Playtech is concerned, it looks like the company wants to avoid infringing local gambling laws, and with the draconian Canadian gambling stance, it’s easy to see why Playtech and other online casinos are pulling out of the Canadian market.

Canada has rather outdated gambling laws that make it rather hard for online casinos to take off.

Firstly, it’s illegal for Canadian residents to bet at any location, be it online or off, that has not been licensed at provincial level. This already eliminates the major online casinos.

This means that most Canadians who are playing at the big name casinos are breaking the law. Although, no one has been prosecuted to date, this means a large proportion of Canadians still engage in online gambling.

Online gambling isn’t technically illegal in Canada, since there are some sites that are provincially licensed and offer casino games. But these are all run by the provincial lottery and tend not to offer a good casino environment.

So with the current gambling laws, both Skrill and Playtech pulling out of the market, what can Canada expect next?

Well, there is a law change that’s underway, but not one that will do Canada any favors.

You’d think that Canada would want to reap the benefits of online gambling, but instead of updating its old-fashioned gambling laws, it looks like the Canadian government is getting ready for a crackdown.

According to the Finance Minister Jim Flaherty, the new Canadian Budget will focus on strengthening Canada’s stance on anti-money laundering and anti-terrorist financing stance.

This means that the government is looking to set up tougher regulations to deal with virtual currencies such as Bitcoin, and also plans to “make online casinos subject to the Proceeds of Crime (Money Laundering) and Terrorist Financing Act.”

The Canadian government has been rather vague on what these changes might involve, but it looks like that online casinos are going to be made to undergo the same strict measures of record keeping, verification, identification and transaction reporting as land-based casinos.

The changes are likely to target the online operations of the provincial lottery corporations that host online gambling facilities, but it could very likely extend to offshore companies that look towards Canadian players.

Even though Canada’s current gambling laws prohibit gambling in any form that is not licensed by the provinces, should the government alter its stance, it could still make life difficult for offshore casinos.

With Playtech pulling out of Canada and the new proposed changes in the law doesn’t bode well for online casinos in Canada. Since online firms that haven’t chosen to enter the Canadian market are more likely to run rather than face the prospect of legal action.

What’s next for Canada?

Canada’s gambling future is uncertain. With its already restrictive laws and the proposed changes to enforce extra regulation, it looks like online gambling will struggle to flourish in Canada.

However, despite the grey outlook, there is some hope on the horizon. Analysts predict the rise of mobile casinos with more and more Canadian players turning to their smartphones and tablet PCs.

Bitcoin is touted to be the new paying medium to take over from Skrill for players to play online or on mobile apps. Neteller is another payment platform. Despite their tough sign up process, they’re fairly easy to handle.

But the bottom line is that unless Canada actually changes the laws, then no matter how much technological development takes place – it won’t change the fact that most online gambling sites are illegal.

If Canada continues the way it is, then it will only see a decline in its online gambling arena, which would be a pity since the country could take advantage of the tax benefits if it were regulated legally.