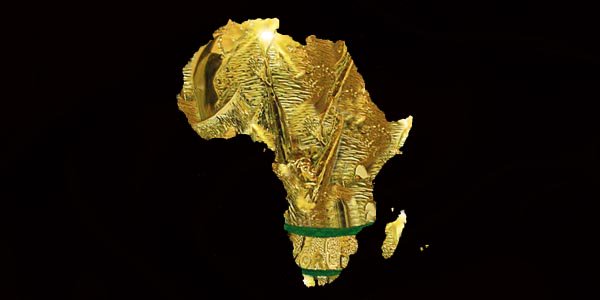 While World Cup betting is shifting into another gear with just over a week left until kick off, there are still some interesting bets to make before the start.

Betting on the upcoming World Cup in Brazil comes in all shapes and sizes and will certainly intensify when the games actually kick off on June 12th. But before the start of the competition there is still a wide range of betting markets for punters to place their money in. Wagering on top African team is one of the most popular markets at online sportsbooks in South Africa.

No African team has ever won a World Cup, in fact, no team from that continent has ever climbed to top 4 even. But the competition on the continent grows stronger every year, and there are lots of players from Africa shining in European and other major leagues all the time. Meaning that writing off African teams all together is not a good idea for a smart bettor.

Considering that Pele’s prediction that an African team will win a World Cup by the year 2000 didn’t come true, the teams from the continent will be looking to make their fans proud this some more than ever.

This time around there are five African teams punters under South African gambling laws can bet on in Brazil. Ivory Coast is regarded by many experts as the most likely team to advance to later stages, and online bookies give the Elephants 126.00 odds to win the World Cup.

Ghana and Nigeria are next in line, but their odds on lifting the trophy are among the longest ones at Bet365: 251.00. Cameroon got even longer line of 501.00, and Algeria is among the outsiders with massive 1501.00 odds.

While Ivory Coast are the favorites when it comes to African teams, they have been drawn into a very tricky group. They will fight Colombia, Greece, and Japan. All things considered the Elephants should have no trouble grabbing one of two last 16 spots, but the odds on their advancement are pretty low at 1.90.

Betting on African teams at the World Cup

• Ivory Coast is leading the bookies’ predictions in many respects

There’s a much better value for those who want to bet on sports in South Africa: wagering on Nigeria to make it to the knockout stage. Nigeria are in a stronger group with Argentina, Bosnia & Herzegovina, and Iran alongside them. That’s why the line of 2.37 on them reaching the last 16 has much more value than the same one on Ivory Coast. And let’s not forget that Nigeria are the current African champions.

Four years ago it was Ghana who managed to outdo their continental rivals and reach the quarter-finals in South Africa. This time around they will be certainly looking to at least repeat their success or go further. However, the draw Ghana received is less than favorable with Germany, Portugal, and USA in their group. This explains why the odds on them reaching the last 16 are pretty long at 3.75.

Cameroon are in the same group as the hosts Brazil, making their advancement a very difficult task indeed. But at least their odds are rewarding: 5.50 to reach the last 16. As for the remaining African team, Algeria, they’ve been drawn alongside Belgium, Russia, and South Korea, with almost no chances of making it out of the group valued at 6.00 odds.

Naturally, besides the ultimate goal of progressing as far as they can and lifting the trophy, African teams will also be competing against each other for the unofficial prize for the best team from the continent. The Elephants are leading the way in this respect as well with 2.50 odds from the bookies.

Next up are Ghana with a line of 3.50, followed closely by Nigeria at 3.75. Cameroon trail with 10.00 odds to become the best African team in Brazil, while Algeria are last in line with whopping odds of 13.00.

Interestingly enough there’s no separate odds on the African continent supplying the World Cup winner. Europe and South America are the natural favorites here with 1.80 and 1.90 odds respectively. The rest of the world, including Africa, are priced at 29.00 odds to provide a surprise winner in Brazil.