Who Will Replace Arsene Wenger at the Helm of Arsenal Next Season?

News >Who Will Replace Arsene Wenger at the Helm of Arsenal Next Season? 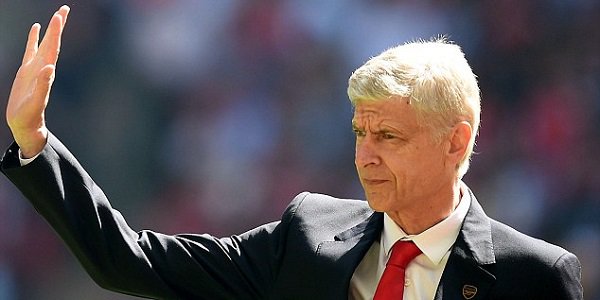 Who will replace Arsene Wenger at the helm of Arsenal as he will leave as soon as the season ends?

What has Wenger given to Arsenal?

Arsenal won the Premier League that year and what makes it even more impressive is that fact that they remained unbeaten in the championship throughout the whole season. 38 matches undefeated. They were truly the kings of England. Two years lates wasn’t much worse for Wenger and Arsenal either.

It’s true that they only finished 4th in the league, but it was almost the most successful year in the history of Arsenal. They made it to the Champions League final upon knocking out Real Madrid, Juventus and Villarreal respectively in the Round of 16 Quarter-Finals and Semi-finals. They were beaten by Ronaldinho’s Barcelona in the final so Arsenal still hasn’t won a single UCL trophy in history.

Why did Wenger have to leave Arsenal?

That’s a good question: why did he have to leave? And an even better question is, who will be the next Arsenal manager? It’s true that Wenger used to be a successful manager at Arsenal, but his time has gone long ago and he failed to keep pace with it. Arsenal fans have been longing for this to happen for quite a while: more and more anti-Wenger protests were held in London.

Now is finally time for a change, and the only question left unanswered is who will replace Arsena Wenger? Who will be Arsenal manager next season? Luckily for us, online sportsbook sites in the UK are already offering odds to bet on next Arsenal manager. Let’s take a look at the most likely candidates!

Who will replace Arsene Wenger at Arsenal?

According to certain sites in the online sportsbook dictionary, the biggest favourites to manage Arsenal next season are Tomas Tuchel and Patrick Vieira. The former used to manage Dortmund last season and has been unemployed ever since, while the latter one has experience as an MLS manager. The odds for Vieira to replace Wenger are 4/1, while the next Arsenal manager odds for Tuchel are 5/1 at Bet365 Sportsbook.

Of course other names arise when we ask who will replace Arsene Wenger. Germany head coach Joachim Low is also among the favourite picks. The World Cup winner manager has 7/1 next Arsenal manager odds at Unibet Sportsbook, and the odds for Carlo Ancelotti to take over Arsenal are 10/1 at Coral Sportsbook.

Bet on Wenger’s next club!

Now that we commented on the future of Arsenal without Wenger, maybe it’s time to think about the future of Arsene Wenger as well. The legendary French coach was expected to retire as a football manager from Arsenal, but he only announced to leave Arsenal. He didn’t mention his intentions to retire from football, or at least from managing.

Which gives sources to many new speculations. PSG is likely to let go of current manager Unai Emery, who failed to bring the team in the UCL quarter-finals for 2 consecutive years, even after spending hundreds of millions of Euros to build his squad. Who could be better to manage PSG than a legendary French manager?

Do you think Wenger will replace Emery at the helm of PSG? Will Arsene Wenger manage PSG next season? Online betting sites in the UK do seem a potential in this move: the odds for Wenger to be the next PSG manage after Emery are 8/1 at BetVictor Sportsbook. Will Wenger replace Emery, or will he pick some other club?