Why is Betting on the Super Bowl Illegal in America? No Good Reason. 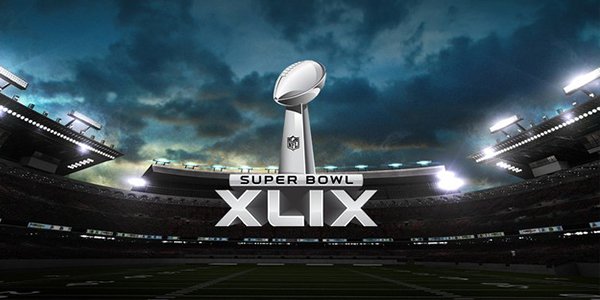 Las Vegas bookmakers will earn only a fraction of the total revenue from Super Bowl betting, and it’s all due to misguided regulation.

The United States is one of the western world’s least gambling-friendly countries. Which is ironic, because the American people love going to casinos, playing poker, and above all, betting on sports.

In 2012 Las Vegas sportsbooks made $93.9 million in revenue. That’s a paltry sum, because in that year the American Gaming Association estimated that Americans wagered $2.5 billion under the table, for March Madness alone!

No one actually knows how much money Americans bet on sports each year. Founder of online sportsbook in America pregame estimated that Americans wager roughly $10 billion annually just on the Super Bowl. Whatever the actual amount, one can be certain that most of it is either underground or with offshore betting sites in places like Antigua, Malta, the UK, and Canada.

Betting on sports in America has been illegal almost everywhere since 1992, when the Professional and Amateur Sports Protection Act (PASPA) was passed. According to the bill, only those states which had legal betting markets as of 1976 could host sportsbooks.

Nevada, Delaware, Oregon, and Montana were the only to qualify. Of those, only Nevada has a network of sportsbooks big enough to attract out-of-state gamblers in droves. The big issue, however, is that online betting remains legal in all US states.

That means that if you want to bet on the Super Bowl—and really, who wouldn’t want to—you can either buy a ticket to Vegas, place a wager with a black market bookie, or log on to an offshore sportsbook.

The last option lies in a legal gray area. While PASPA, the Wire Act, and the Unlawful Internet Gambling Enforcement Act all make it a crime to accept money for a bet placed online, it is not expressly illegal to place a bet yourself.

Online bettors won’t face any legal penalty. Which is a big reason why billions of dollars fly out of the US and into the pockets of offshore bookmakers each year.

Each of America’s big pro sports leagues—the NFL, NBA, MLB, NHL, and NCAA—lobbied heavily for PASPA, and have also rallied against all attempts to liberalize American gambling laws. During the fall of 2014, New Jersey legalized betting, arguing that PASPA affords a legal loophole which the state could use.

The leagues quickly mounted a legal challenge, and federal judge Joe Shipp ruled in their favor, arguing that New Jersey’s betting legalization were a violation of PASPA.

Following that ruling, however, the NBA made an interesting move. Commission Adam Silver penned an op-ed for the New York Times in which he called for PASPA’s repeal and the creation of federal regulatory standards for betting: “I believe that sports betting should be brought out of the underground and into the sunlight where it can be appropriately monitored and regulated.”

Silver showed foresight and courage in coming out for betting—a strong departure from the stance of predecessor David Stern, who lobbied hard to enact and defend PASPA. But his op-ed was greeted with dismay by the NFL.

The NFL is America’s most profitable sports league, and Commissioner Roger Goodell is one of the country’s most uncompromising opponents of betting. His stance is that legal betting would compromise the integrity of NFL games by opening the door to match- and spot-fixing.

Why the NFL is wrong about betting

The NFL’s stance—that legal betting is more likely to threaten the integrity of sports than black market or offshore betting—is misguided. The most obvious reason why? The billions of dollars that Americans already wager each year on the Super Bowl and other NFL games.

With all this money flying around, you would think that the sport would already be corrupted. Well, it isn’t. There is also no reason to think that legalization would cause a big increase in the amount of money wagered. As explained above, Americans already have an infinite number of avenues for placing bets, and aren’t afraid to use them.

The NFL’s stance is also highly hypocritical. Part of the reason it opposes legal betting could be that it already has it in a backdoor form: fantasy football. Fantasy sports allow players to wager money on the personal feats of their favorite players. That clearly constitutes a form of “sports gambling” (to use the language of PASPA) but somehow isn’t considered so by either Goodell or the US Supreme Court.

There is reason to believe that the NFL will eventually change its mind. Probably not in the time for you to bet on the Super Bowl 100% legally during the next few years, but still. Silver explained why legal betting is good for business:

If you have a gentleman’s bet or a small wager on any kind of sports contest, it makes you that much more engaged in it… That’s where we’re going to see it pay dividends. If people are watching a game and clicking to bet on their smartphones, which is what people are doing in the United Kingdom right now, then it’s much more likely you’re going to stay tuned for a long time.