Will Casinos Bring New York’s Economy Back on Track? 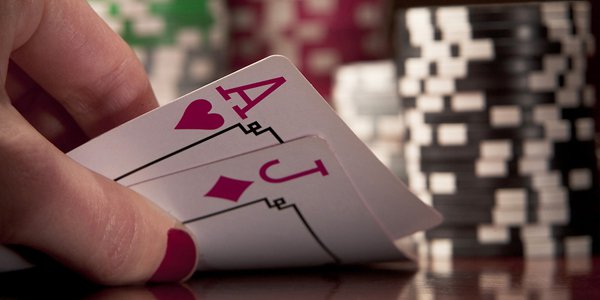 Seven years after it opened, the Mount Airy Casino Resort has less than half the hotel rooms envisioned by developers and just one third of the number of slot machines planned.

When the crumbling Mount Airy Lodge needed to be rescued, everyone thought a casino resort would be the solution. A luxury hotel offering visitors 400 rooms was promised and according to the plan, gamblers would have thousands of slot machines to choose from.

Millions of dollars were going to be spent in the area, generating important tax revenue for the state and, most importantly, making sure that 1,500 residents living in the area have well-paid and stable jobs. Last, but not least, part of the revenue would be donated to charities and educational groups.

However, the promising plans fell short of reality. The resort’s slot parlor has generated only about half the revenue estimated by officials in Pennsylvania; the charitable foundation has raised just $1 million, according to official reports, and the money has not been distributed, as promised.

Could casinos save NY?

But some believe the case of Mount Airy should serve as a lesson for those who keep promoting casinos as a valid solution to any region’s financial woes. The resort was once advertised as “Your host with the most in the Poconos”, but has failed to live up to expectations.

Catskill Mountains is attempting a similar strategy. The faded vacation resort once home to 500 hotels and bungalow colonies is now desperately trying to reinvent itself as a top gambling destination. Gov. Andrew M. Cuomo and local lawmakers have assured everyone that gambling is the solution to put the region back on track to prosperity.

Robert Uguccioni, who served as executive director of the Pocono Mountains Vacation Bureau for 40 years and retired in 2007, does not believe such stories anymore. “I don’t think there’s any casino in America that didn’t say they were going to have more of an impact than it did. Any sane person could see that it was overblown,” he said.

Lawmakers are analyzing the three casino projects proposed for Catskill, in or around Ellenville, Kiamesha Lake and Monticello.

All of these plans are on the same scale as what developers envisioned for Mount Airy, with hundreds of hotel rooms, thousands of slot machines, a number of blackjack tables and American poker rooms, entertainment options, golf courses, water parks and acres of land just for parking. But can these grandiose projects be fulfilled and are they fully justified?

Critics argue that the Catskills will have to face the same challenges the Poconos, and the projections are too optimistic, considering these are all semirural locations. Meanwhile, casino competition is growing throughout America, and the novelty of new casinos often fades fast.

William N. Thompson, who is a professor at the University of Nevada-Las Vegas and has studied American gambling for decades says there is little overlap between a casino’s customer base and the traditional tourist visiting the region.

“You have to think: What do people go to these resorts for? And it’s not to sit at a slot machine,” he said. Catskill offers a number of outdoor pastimes such as swimming, hiking and summer camps for kids. “It’s just a whole entertainment thing that doesn’t say ‘gambling.’”

There are almost 1,000 casinos in the US, spread across 39 states. They have become pretty much part of the scenery and locals have gotten used to having at least one gambling venue nearby.

According to Thompson, it is very hard to believe that a single casino can give an area the much needed economic boost. Furthermore, as gambling venues spread across states, competition grows and causes these businesses to deliver less than promised. Pennsylvania and New York’s strategy could turn out to be counterproductive.

“This idea of ‘Our county gets one, your county gets one,’ it’s so self-defeating,” Thompson said, adding that density – a model applied in Las Vegas – was the key to the industry’s success. “We’re a concentration of entertainment and social offerings. And then gambling is on top of it.”

With all these problems making it harder and harder to succeed on the American gambling market, it is vital that lawmakers think things over before relying on a few casinos to repair the state’s broken economy. Otherwise, more states could end up with the same problems Atlantic City has faced this year.