Glenn Close Oscar Betting Odds: Will She Win Her 1st Oscar by the End of the Year 2023?

News >Glenn Close Oscar Betting Odds: Will She Win Her 1st Oscar by the End of the Year 2023? 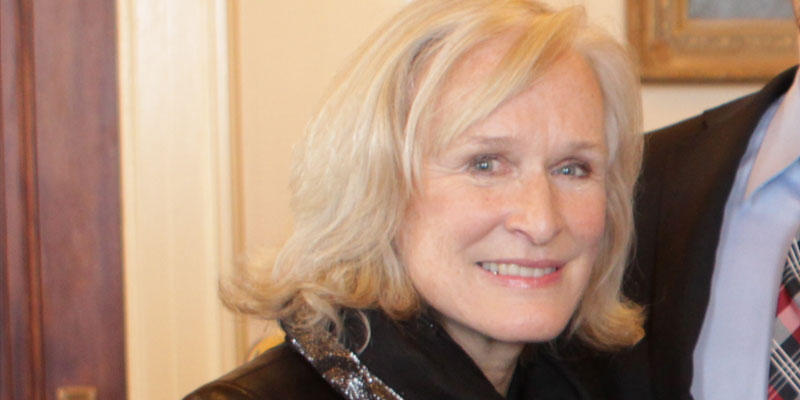 Glenn Close’s performance is unforgettable and inspiring. Indeed, the actress received over 60 awards and been nominated over a hundred times. What is more, Glenn was also nominated for an Academy Award seven times already, but in the end, she never won. Cinema-goers are now wondering if Close will win the prestigious award in the next couple of years. Check out Glenn Close Oscar betting odds on 22BET Sportsbook.

The actress has received Oscar nominations for the following movies:

Glenn Close is already preparing for her next role

The iconic actress has yet to win an Oscar, and fans are wondering if that will happen in the near future. Eventually, Close is still the most-nominated actor alive to never win an Oscar. During her 45 years of working as an actress, she became a powerful role model for women.

Close’s upcoming role will be the Sunset Boulevard adaptation. In 1995, the actress received a Tony Award for her role in the musical performed on Broadway. This film might be the one to bring Glenn the Oscar finally. Close appeared in the musical again in 2017, when she was performing the role even better.

Shooting for the movie will start around September this year. The musical certainly is a good chance for the actress for a legendary performance people will be talking about for decades. Certainly, the role will mean a nomination for the 2021 Oscar ceremony.

Academy Award for the elderly

Close is kind of an ambassador for the older generation of actresses and performers. She is urging the movie industry to create more roles for the over-60 stars. Admittedly this demographic group doesn’t have many possibilities to continue their legacy.

However, age has never actually been an important factor when deciding who to receive an Oscar. Christopher Plummer received the prize at the age of 88 for the best supporting role in the Beginners. On the other hand, the youngest actress to win the award was Tatum O’Neal, at the age of 10.

Actresses who won for a leading role over 60

Jessica Tandy won the prestigious prize at the age of 80, for the celebrated Driving Miss Daisy. Tandy was only 18 when she made her professional debut on the London stage in 1927. Eventually, when she finally won the Oscar, she became the oldest actress to receive the Academy Award.

Katharine Hepburn won at 74 for a leading role in On Golden Pond. Hepburn was actually awarded the prize three times, all after her 60th birthday. With an unconventional lifestyle and personifying independent characters, Hepburn became a model of the modern woman of the 20th century.

Meryl Streep won at 62 for The Iron Lady. Perhaps the best actress of her generation, Streep was nominated for a record 21 Academy Awards, she has won three. The actress brought much freshness to the film industry with her performance and she is active to the present day.

Actors who won for a leading role over 60

Henry Fonda won the statuette at the age of 76 for his final film role On Golden Pond. With a career spanning five decades, the actor cultivated a strong screen image in classic movies. Fonda is also well-known for being a patriarch of a family full of movie stars. He was followed by daughter Jane Fonda, son Peter Fonda, granddaughter Bridget Fonda, and grandson Troy Garity.

John Wayne at the age of 62 for True Grit. After losing a football scholarship due to a body surfing accident, Wayne started working at a local film studio. Starred in 142 motion pictures altogether, 83 of those were Westerns. Wayne truly personified the nation’s frontier heritage.

Jeff Bridges took the acknowledgment home at the age of 60 for his leading role in the Crazy Heart. However, the actor gained world fame with his character of The Big Lebowski, he started his acting career as early as 1951. One could not be more versatile than Bridges. The actor appeared in science fiction, romantic comedies, dramas, as well as thrillers, crimes and even Western.

Glenn Close will certainly win an Oscar before 2023

Glenn Close is active and wishes to perform more roles in the future. That means she has all the odds for winning an Oscar for her performance in the Sunset Boulevard. Leastwise, her odds (4.00) are truly high, according to online betting sites in the US. Glenn Close Oscar betting odds are certainly going to be very high next year. Visit 22BET Sportsbook today, and place your bet on Glenn’s Academy Award.