Will sports betting in New Jersey finally be approved?

News >Will sports betting in New Jersey finally be approved? 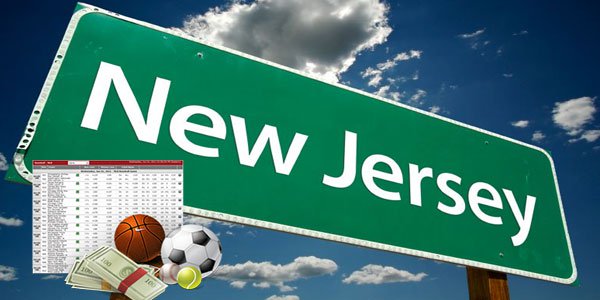 The possibility for sports betting to become legal in every US state is now more real than ever before, report gambling news. In the past, the major professional leagues constantly opposed the tendencies for establishing sports betting in the States, and won all of the court cases concerning this issue. However, New Jersey is trying again to find a way for rooting the sports betting on a legal way in the country. If they succeed in this, then they will create a situation which will have far-reaching consequences that will go beyond the sports betting in New Jersey.

Sports betting in New Jersey: a story, so far, unsuccessful

In 2012 several major sport leagues from the United States, leaded by NCAA, NFL and NBA, raised a suit against the lawmakers from New Jersey which decided to legalize sports betting. The leagues said that the legalization of sports betting in New Jersey, approved by the state, was in strong opposition to a 1992 federal law that banned the activity of sports betting in all but four states. Their main argument in favor of this federal law from 1992 is that sports betting in general is a threat to the integrity of any sports game, since it opens possibilities for fixing matches and introduces environment of inadequate competition.

The lawmakers from New Jersey lost this case, but in 2014 the state tried again to legalize sports betting in New Jersey in a not so straight forward fashion. The federal ban prohibits states from authorizing, sponsoring, operating or licensing the practice of sports betting. But if the state cannot do this, that doesn’t mean that the casinos in that state cannot do that too. So what New Jersey practically did was to remove the state control and deregulate sports betting in New Jersey through the casinos and the racetracks. The major sports leagues in the US complained over this solution too. They sued and again won the case, report online gambling news in US. However the state of New Jersey appealed and a decision after this complain has still not been made.

According to Dennis Drazin, advisor to parties involved in the Monmouth Park Racetrack, if sports betting in New Jersey becomes legal then the state will probably earn around USD10 billion in the beginning only from the national market. This amount, as online gambling sites in US report, could be increased to incredible USD 400 billion, in the years to come. “It would be a huge economic boost to Monmouth Park and New Jersey and Atlantic City casinos,” says Drazin.

According to Chuck Humphrey, lawyer and author on the gambling-laws-us website “the leagues are ‘hypocrites’ for blocking sports betting while actively investing in fantasy sports companies.”

NBA Commissioner Adam Silver said to the New York Post in November last year that the NBA might ask from the Congress to adopt a draft version of a law that will allow sports betting. This would be of interest to the major league since the state-by-state legalization, like in the case of the sports betting in New Jersey, would be bad public policy, according to Silver. He further add that “there is an obvious appetite among sports fans for a safe and legal way to wager on professional sporting events”.

According to the American Gaming Association, Americans spent around USD3.8 billion on betting on the Super Bowl this year illegally. The money they legally spent are insignificant in comparison to this amount: only USD 100 million. However, until now only the NBA has asked for legalization of sports betting in the country. MLB and NHL did not comment anything on the issue, while NFL has made it clear that they are still against making sports betting legal.

NCAA, on the other side, stated in an official letter, that “the spread of legalized sports wagering is a threat to student-athlete well-being and the integrity of athletic competition.” However, the court in New Jersey should soon make official the decision upon the appeal of the lawmakers from the state concerning the case of sports betting in New Jersey. In case they approve it, that might a turning point in the whole gambling industry in the US.