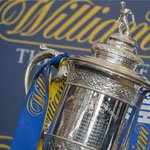 Being licensed according to the British gambling laws offers operators several benefits, not least the legal opportunity to sponsor prestigious teams and events in the UK.

A prominent example of such cooperation is the announcement earlier this week that leading UK gambling operator William Hill has extended its sponsorship of the Scottish Football Association until 2016.

William Hill, which operates around 2,300 betting shops across the UK, as well as offers internet betting in the UK and a host of other countries, will thus remain associated with the Scottish Cup for another two years.

The signing of the original agreement came on the heels of launching William Hill’s new mobile betting site in June 2011, and the impact of the deal has been regarded as mutually beneficial by both parties.

“It’s a great honour for us to be associated with the Scottish Cup and we’re delighted to be in a position to extend our relationship with the oldest association trophy in world football,” said William Hill CMO, Kristof Fahy, adding that the company is looking forward to “working with the fans, clubs and Scottish Football Association to make this great competition even bigger and better over the coming years.”

The Scottish Football Association has been equally satisfied. “It is fair to say it has been a partnership that has benefited the whole game and provided a real boost in profile and entertainment to our cup competition. We have been absolutely delighted with the partnership with William Hill and especially pleased that it has reaffirmed its commitment to Scottish football by extending its contract as title sponsor of the Scottish Cup,” exulted SFA CEO, Stewart Regan.

“In a tough economic climate for Scottish football, it is reassuring that one of the United Kingdom’s most established brand names has demonstrated that it is a passionate and imaginative supporter and champion of our game,” added Regan regarding the impact of the seven-figure amount coming to the SFA.