Winner of Serie A1 2018: Can Modena Revive its Old Glory Days?

News >Winner of Serie A1 2018: Can Modena Revive its Old Glory Days? 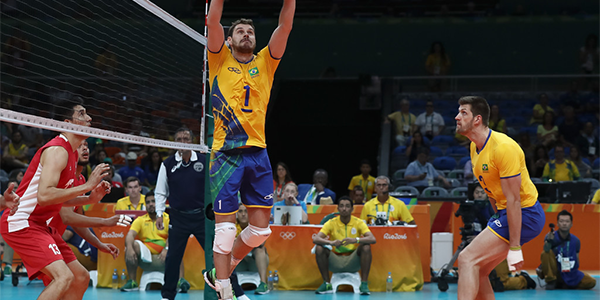 Founded in 1966, Modena is one of the oldest professional volleyball clubs in Italy. They have a long history of championship wins. But recently, Modena hasn’t made number 1 as frequently as before. If only they could be the winner of Serie A1 2018, it might be a turning point for Modena.

The Italian Volleyball Federation organizes professional volleyball league tournaments annually. Serie A1, then, is highest level of competition in Italy. Modena, being a powerhouse that they are, has odds to be the winner of Serie A1 2018 at 3/1 according to online gambling sites in Italy.

Bring Back the Old Glory Days

Modena has the most championship wins in Serie A1. What if I told you that it’s not a good thing? A bulk of their 12 championships was from 1970 to 1990, more than 40 years ago. It’s true that they won the most times but they have to step up their game. Becoming the winner of Serie A1 2018 could turn the tide around. It could mark the start of Modena conquering consecutive volleyball championships once again.

Despite the fact that Modena is lagging behind in the wins, they are still one of the top three. Modena is ranked third this season with collected points of 30. The first place belongs to Perugia (7/4) with only 3 points more than Modena. That’s why online sportsbook sites in Italy predict Modena’s winning odds to be lower. Don’t you worry! There are many more matches for Modena to prove their worth. If they make it to the final playoff, the winner of Serie A1 can still be Modena.

Perhaps, the best weapon that Modena has is their telepathic duo: Spiker Ngapeth Earvin and Setter Bruno Rezende. It is believed that they two can communicate with each other without words. This level of understanding between the two makes it possible for point scoring in some crazy plays. With the pair in the game, Modena’s chance to be the winner of Serie A1 2018 improves.

Nobody can argue that Modena (3/1) is at the top of the Italian volleyball chain. If you have faith in Modena, head to Unibet Sportsbook and bet on the winner of Serie A1 2018! For newcomers, your first sports bet with Unibet can be made risk-free for up to 25 Euros.