With YouTube Blocked, What&#39s the Future for Online Casinos in Turkey?

News >With YouTube Blocked, What&#39s the Future for Online Casinos in Turkey? 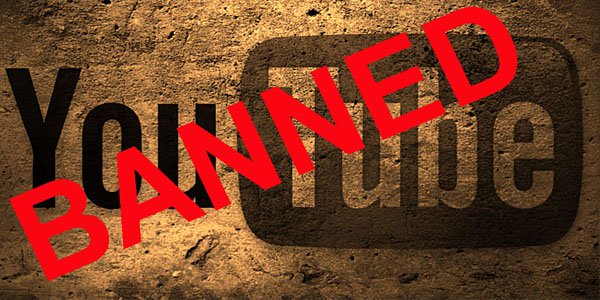 Following the leak of an audio file showing security officials discussing possible military actions, YouTube has been blocked in Turkey.

The file published to the video-sharing website was allegedly a conversation between Turkey’s foreign minister, Turkey’s intelligence chief and a top general; the highly sensitive discussion that took place was regarding various military plans that could lead Turkey into a war with Jihad militants in Syria.

Turkish Prime Minister Recep Tayyip Erdogan denounced the uploading as ‘villainous’, and within hours of the leak, access to YouTube had been blocked throughout the country. This comes one week after the same government blocked the micro-blogging site Twitter.

In a country where the government has such a stronghold over internet access, and where online gambling is already basically prohibited, what is the future for online gambling sites in Turkey?

Gambling has had a turbulent history in Turkey. Up until 1998 when casinos were made illegal, the industry was flourishing and was worth an estimated $1bn, and employed around 20,000 people. After the ban the only legal methods of gambling offered were through the state-run lotteries and on traditional horse-racing.

Generally, the attitudes of Turkish people have become anti-gambling over the last decade although the lotteries still receive regular players. Critics have suggested that the banning of casinos has been a way for the government to get the maximum buying price for their lottery service, which is set to become privatized in the future.

As it stands, there is only one legal offering of online gambling in the country and of course, it’s also state-run; sadly this looks likely to remain the case for a while.

Turkish gambling laws are strict and with the most recent law passed in 2007, an end was put to any internet gambling in the country; with the one exception of the state-owned sports betting company IDDAA.

Since the law passed things have progressively got worse for those wishing to use the internet to play casino games. Although some foreign providers still allow users to access their websites from within Turkey, the government has been doing their best to prevent this avenue of opportunity.

Turkish banks have now been banned from authorizing payments, from clients debit or credit cards to any online gambling firms; they’re effectively stopping the money at the source. If this wasn’t bad enough, telecommunications companies are imposing IP-blocking of any and all online gambling sites. Any citizen’s brave enough to still visit foreign gambling sites put themselves as serious risk, as if they are caught the penalty is a severe fine which can be as much as $260,000. The average annual salary in Turkey is around $6,000 just now so this is a hefty fine.

Unfortunately, the future does not look to improve for those who would like to enjoy online or mobile casino services in Turkey. With the recent internet censorship in the country, it can be assumed that the online gambling status-quo will remain unchanged.

Fines against individuals are still quite rare and it is quite difficult to police the matter, there are also various online tools, like VPN and DNS services, which allow users in Turkey to still access the forbidden sites. Online payment portals which don’t require bank authorization, such as PayPal, do provide a way of using cash for those wishing to take a gamble and go onto foreign sites to play.

Thankfully, Twitter has launched legal action against Turkey and look to be back in service their in the near future; it is presumed that YouTube will follow them.

The country is coming closer to gaining EU membership, if this occurs then regulations may need to be changed to ensure fair trade rules are followed. Also, once the state lottery is privatized and the government has capitalized on the sale, we may see the market opening up to other gambling providers.

Local and state elections are to take part in the near future in Turkey; it has been said that the main reason Twitter was removed, is due to the apparent negative comments circulating on the site about the current Prime Minister. Perhaps after these elections a welcomed change and full online gambling services will arrive in Turkey, although it’s equally possible it won’t.

Until then, the best way to get online and gamble in Turkey is through secretly accessing foreign sites. Remember, be careful.