Women Who Changed The Face Of Sport

News >Women Who Changed The Face Of Sport 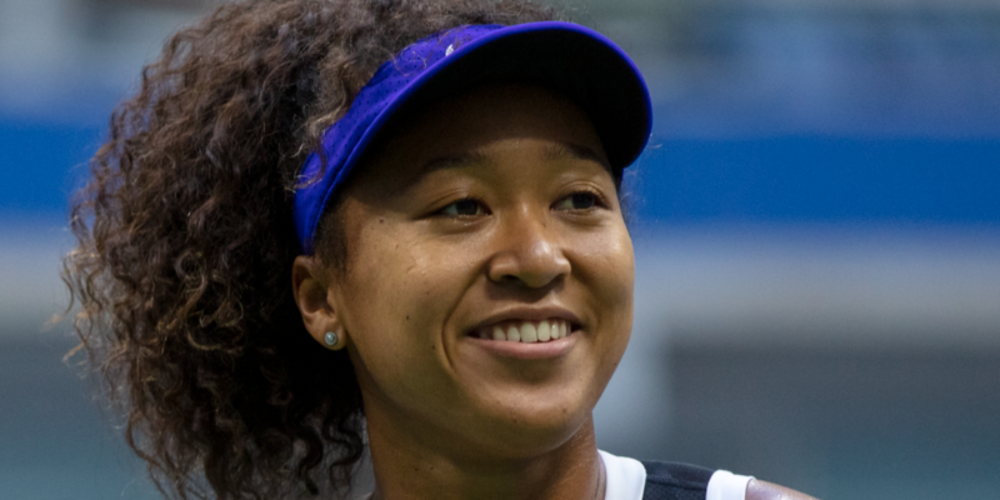 We have collected the stories of some female athletes, both from the present and the past, who have inspired us with their perseverance, willpower, and strength to fight for equality. Of course, many other women contributed to the rights of female athletes as well. Imagine the courage it took for some of them! Let’s see our list of the women who changed the face of sport!

Their relationship between women and sports was bumpy in the past since, for centuries, they could not participate in any Olympics and sports events just because of their gender. Then they had enough, showed girl power, and started making history. In 1900, the first female competitors appeared at the Olympic Games held in Paris. Only after Pierre de Coubertin, the organizer of the first modern Olympics, died since he was not a fan of female athletes, to put it nicely. Out of 997 entrants, 22 women participated in sailing, tennis, golf, horse riding, and croquet.

The 1900 Summer Olympics were the first event in which women could partake. The first female Olympic champion was the British Charlotte Cooper, who won gold medals in both tennis singles and mixed doubles. She also won the Wimbledon tennis championship five times. Cooper paved the way for the future athletes, along with the Swiss Hélène de Pourtalès, who, as a woman, could become a member of a team at the second modern Olympics, the 1900 Paris Games.

She was able to do this partly because she was a countess and came from a wealthy and influential family. In sailing, she won a gold medal in a team with her husband and nephew on a boat called Lèrina, thus becoming the first woman to stand on the top of the podium as a competitor of a mixed team. Imagine her doing all that on a boat full of men wearing the era’s traditional heavy clothes. It was an incredible performance on many levels. Check out their pictures at online gambling sites in the US!

The American tennis legend Billie Jean King did not only receive a lot of attention for her incredible athletic achievements but for fighting for equality as well. At that time, the generally accepted idea was that female athletes were not as tough as men, but King proved that perspective wrong. In 1973, during the historic Battle of the Sexes tennis match, Billie Jean King defeated Bobby Riggs. An estimated 15 million Americans and another 19 million people followed the event worldwide. It was a huge moment, for sure.

In addition, the athlete contributed to the promotion of equality in sports with her other activities as well. She established the Women’s Tennis Association, and in 1973 she threatened to boycott the tennis championship if male and female winners were not paid equally. The ultimatum worked! That same year, the US Open became the first major tennis tournament to offer equal prize money regardless of gender. The now 79-year-old King remained a great advocate of women’s rights even after her professional career ended, and she also supports LGBTQ initiatives.

The Boston Marathon is the most prestigious in the world and gave place to one of the most famous stories of women who changed the face of sport. After the first event in 1897, only men could participate for more than seven decades.

At that time, they believed women were too fragile and could not run the 42-kilometer distance. Men even came up with ridiculous scientific explanations to manipulate women into believing that sports could ruin their health. For example, they claimed that athletics especially would affect the uterus in a way that female athletes wouldn’t be able to give birth.

However, in 1967, it was American runner Kathrine Switzer who changed this idea with her iconic performance. Switzer wanted to prove that the assumption was wrong and that women were also capable of this serious physical challenge, so she entered the Boston Marathon as an officially registered competitor, choosing a neutral, non-feminine name. However, the organizers opposed her participation, and race manager Jock Semple repeatedly tried to prevent her from finishing the race.

Friends of the runner stopped Semple’s abuse, and Switzer could finish the race. The iconic photo of Semple yanking the female runner widely circulated in the media and caused outrage everywhere. Her example finally brought on the long-awaited change. Five years after Switzer’s historic finish, the Boston Marathon extended the right to compete to women, which was a decisive step in the fight for equality in running.

Soccer is still widely considered a male sport, which is why Raponie is such a pioneer. Megan Rapinoe is the queen of soccer and a living legend at only 37 years old. In 2019, she led the USWNT to a historic World Cup victory, scoring the most goals in the tournament.

She was named the 2019 Best FIFA Women’s Player for her outstanding performance but was also awarded several other prestigious awards, including the Golden Boot and Ballon d’Or.

In addition to her success, Rapinoe is also known for her activism. She fights for equal pay and equal rights. In 2016, after former NFL player Colin Kaepernick refused to stand during the national anthem, she became the first white and first female athlete to kneel in solidarity. After joining the USWNT, she sued the United States Soccer Federation for gender discrimination and became the first gay woman to pose in the Sports Illustrated swimsuit issue.

With 82 World Cup victories, and three Olympic and seven World Championship medals, the American Lindsay Vonn is the most successful female skier of all time. In 2010, she won the Laureus Award and was also chosen as Sportswoman of the year. However, a series of serious injuries hindered her unparalleled sports career. She struggled with a torn knee ligament, a broken ankle, and nerve damage in her arm.

Yet when other skiers might have thrown in the towel, Vonn refused to give up and pushed forward with unwavering determination. She finally retired in 2019 at the age of 34. Although her sports career is over, she has not completely disappeared from public life. She founded the Lindsey Vonn Foundation, which provides scholarships, education, and sports programs for the next generation.

Simone Biles’ name may sound familiar even to those who do not follow gymnastics. At the age of 25, Biles has already achieved everything that can be achieved in gymnastics. So far, she has won 32 Olympic and World Championship medals. Her performance was called superhuman, and she was declared not only the best gymnast in the world but the best athlete. Her name is associated with gymnastic elements that others do not even dare to try.

For example, in 2021, she was the first woman to jump the Yurchenko double pike in a competition. During the Tokyo Olympics, the world was celebrating her because she withdrew from the finals of several numbers for the sake of her mental health. Though this went against the tradition, according to which an athlete cannot be hindered by physical and mental limits. Sometimes they have to sacrifice their physical and mental health for a medal.

So people consider it a revolutionary act. For example, at the 1996 Olympics in Atlanta, the whole world celebrated Kerri Strug as a hero who jumped despite her serious injury for the victory of the American team. At that time, Strug’s coaches encouraged her to jump, she had no say in the decision, but Biles took her fate into her own hands and did not risk injury. Check out her upcoming competitions and odds at 1xBet Sportsbook!

Serena Williams is, without a doubt, one of the women who changed the face of sport! Another iconic tennis player on the list, and she is not the last. Williams won 4 Olympic golds and 23 singles, 14 doubles, and two mixed doubles Grand Slams. If you only look at these numbers, there is no doubt that Serena Williams is a tennis superstar. She is one of the few tennis players who were able to fulfill the so-called Non-Calendar Year Grand Slam, the victory at all four major tournaments, and could do the same in doubles alongside her sister, Venus Williams.

The Associated Press chose her as the Female Athlete Of The Decade. Williams has spoken on numerous occasions about issues close to her heart. For example, after the birth of her daughter Alexis, she spoke openly about the pressure and frustrations of motherhood. She opened up about the life-threatening complications she faced after giving birth and brought attention to the maternal mortality crisis black women face in America.

According to Forbes’ 2020 list, Japanese tennis player Naomi Osaka became the highest-paid female athlete of the previous year. With this, she surpassed none other than Serena Williams, who led the Forbes list for four years. Osaka earned $37.4 million in 2019 from awards, prizes, and sponsorships, $1.4 million more than Williams’ earnings.

It is interesting that since 1990, tennis players have always been at the top of the earnings list of female athletes. However, only two of the women made it to the top 100 list of the world’s best-paid athletes, which is also available at online gambling sites in the US.

Though Naomi Osaka is only 25, being among the best players took a toll on her, and she struggled with depression and anxiety. She spoke up about them, giving people the strength to deal with their own problems. Being a professional athlete is stressful on several levels, which only makes the performances of women who changed the face of sports even more outstanding! Speaking of brave and badass women, check out our article about the best female car racers!

Click here to try the best odds at 1xbet Sportsbook