Predictions For Cristiano Ronaldo In 2023

News >Predictions For Cristiano Ronaldo In 2023 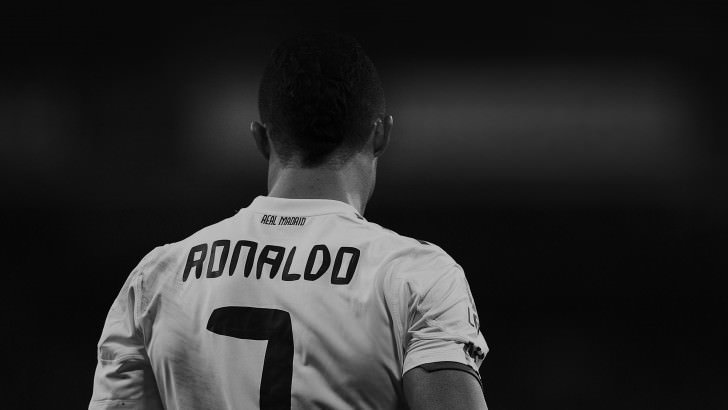 On December 30, it became official that Cristiano Ronaldo signed a two-year contract with the al-Nassr football team so he will continue his career in the Saudi Arabian club. According to reports, Ronaldo received a contract worth 200 million euros per year from his new team after terminating his contract with Manchester United at the end of November. Let’s see the predictions for Cristiano Ronaldo in 2023!

The five-time Ballon d’Or winner Cristiano Ronaldo won everything he planned and wanted in Europe. The Al Nassr called signing the star player historic, and even the country’s Minister of Sports, Prince Abdulaziz bin Turki al Saud, welcomed the footballer to his new team.

The moment he signed a contract with Asia, he gave up one of his previous main goals, which was to increase the number of his Champions League titles and goals. Ronaldo has five of the former and 140 of the latter, leading the Champions League all-time ranking list. However, the million-dollar question is whether he will return to Europe due to a clause in his new contract.

Predictions for Cristiano Ronaldo in 2023

Even though Ronaldo just signed his record-breaking contract with Saudi al-Nassr, according to Spanish press reports, the 37-year-old Portuguese striker may appear in Europe again soon. The five-time Ballon d’Or winner Cristiano Ronaldo has not withdrawn from European football permanently. The Portuguese striker, who left Manchester United during the season, made an unexpected decision: he signed a two-year contract with the Saudi al-Nassr team for an incredible sum.

Ronaldo will not only be a footballer there but also the country’s ambassador and the face of the planned Saudi World Cup if he stays in Asia. According to online gambling sites in Spain, there is a clause in his new contract, which states that if Newcastle United earns the right to play in the Premier League, he can return to England temporarily since the two clubs have the same owner.

Ronaldo is primarily motivated because he does not have to give up the title of the top scorer in the Champions League to his biggest rival, Lionel Messi. The Portuguese football player has scored 140 goals in the series so far, while the Argentinian striker has 129, but he still has plenty of opportunities for more with PSG.

Since Robert Lewandowski is third on the list with 91 goals, only Messi can pose a threat to Ronaldo’s record. So, according to the clause, he could join Newcastle United in the summer if the English club enters the Champions League and score more goals.

If this really happens, it would be the unexpected twist in Ronaldo’s story after the five-time Golden Ball winner fell out with Manchester United and then performed poorly at the World Cup in Qatar.

However, the head coach of Newcastle United, who are currently in third place in the Premier League and therefore eligible for the Champions League, spoke out on the matter and practically ruined Ronaldo’s hopes of returning to the European team. After this, it would be surprising if Ronaldo returned to England in the summer to prepare for the 20th season of his career, wearing the Newcastle United shirt.

So most bets concern the clause in his new contract that could allow Ronaldo to leave Al Nassr temporarily for the UEFA Champions League due to the connection between Newcastle and Saudi Arabia. However, we will have to wait and see.

In addition to the fact that he got a two-match ban from the English Football Association after his contract with Manchester United ended, the next question is when will he play? His introduction may be hindered because he can’t be registered until another overseas player gets signed somewhere else or his contract is terminated by mutual agreement.

According to online gambling sites in Spain, only eight overseas players can be on the team, and with the arrival of Ronaldo, it is already nine at Al-Nassr, so someone has to go. Despite the big announcement and great preparation, al-Nassr fans still have to wait for Cristiano Ronaldo’s debut.

The arrival of the Portuguese classic was announced by his new team at the end of December, he was already introduced to his new club, but the date of his first match is still not certain. However, it may be on January 22, against al-Ettifaq. You can follow the updates at 888sport!

Predictions for Cristiano Ronaldo in 2023

From the start of the 2022/23 season in the Saudi Arabia Pro League, a team can have a maximum of eight overseas players, and Ronaldo is currently the ninth such player in the Al Nassr team. This means that the club must free up a place for his registration.

According to online gambling sites in Spain, the negotiations of one of the players are ongoing, but they have not yet reached the final stage. Speaking of which, click on the following link and check out the biggest football contracts entering 2023!

Brazilian forward Anderson Talisca joined in 2021 and scored 31 goals in 43 games, while Spanish defender Álvaro arrived as a new player in 2022. According to reports, the departure of Uzbek Jaloliddin Masharipov is the most likely so Al Nassr could keep the Portuguese star player. Make your own predictions at 888sport!