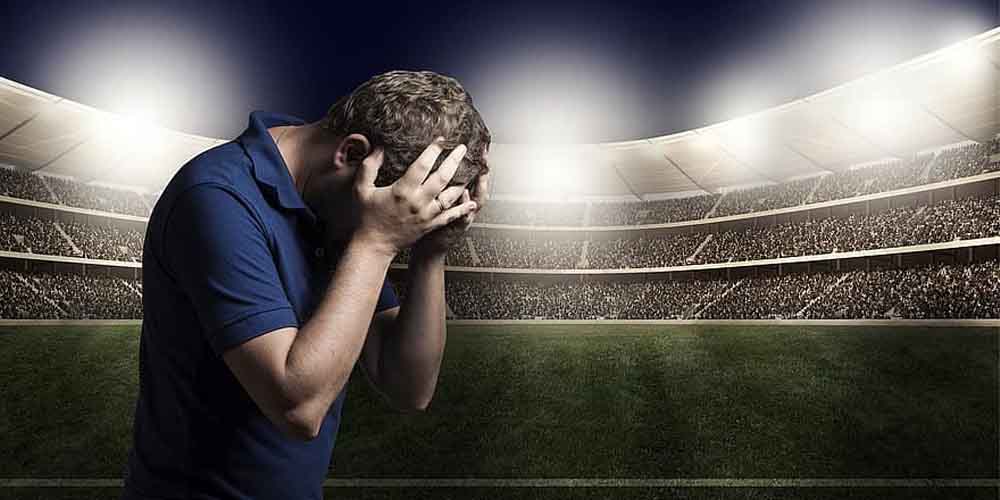 Change is usually a good thing, except when it affects long traditions and real icons of a club. To renew a football club’s crest, it’s name or colours can be dangerous and make fans really angry. In the worst football rebrands ever we can find laughable new crests and the whole change of teams purchased by Red Bull.

When a football club has a new owner or sponsor, it often means several changes from the personnel to new rules and regulations. And sometimes it also goes with the rebranding of the club’s crest and other characteristics. Sometimes these changes backfire and the new things definitely worse than the old ones. Following the fans’ outcry most of the times they were all reversed unless money got more important. Below you can find the worst football rebrands ever happened in football’s history.

Bet on football at the bet365 Sportsbook

Even in such an old club, change is necessary, at least that’s what the club’s president, Andrea Agnelli believed. So a new crest was made in 2017 which had a more modern design, perfectly fit the new world of brands. It is simple, made up of only two symbols, the letter ‘J’ and another curved line. The original colours of black and white remained as the only thing from the previous crest, which also included a charging bull and a crown.

Fans hated the new logo first, as it didn’t link to the previous versions. It also looked more like a logo of a fashion brand than a football club. But this was one of the intentions of the club owners. To make Juventus appeal not just for football fans but to new audiences as well. Another step in rebranding the club was the signing of Cristiano Ronaldo which proved to be a great decision. As the Portuguese superstar is still in top form, scoring 31 goals this season in Serie A. His presence definitely has made the club even more popular all around the world.

After Malaysian businessman Vincent Tan took over Cardiff City in 2010, he had great plans for the future. In the 2012-13 season, the team won the Championship and was promoted to the Premier League. And with the new league came a new crest as well.  It reduced the club’s symbol, the Bluebird, and put the Welsh dragon into the centre of the crest. The blue colour was also changed to red not just in the crest, but also in the players’ shirts. Fans were really upset with some of them threatening to stop supporting the club. They also protested during the home games, holding up blue scarves as a demonstration.  After only one season in the Premier League, the club was relegated as online sportsbooks new in the UK were reporting.  After the crest was changed back to blue again with the Bluebird featuring dominantly.

23, 000 fans signed an online petition in 2013 to scrap Everton’s new crest, which was made by the club’s in-house graphics team. It was a very simple version of the old crest, missing out the club’s motto “Nil Satis Nisi Optimum” which means “Nothing but the best is good enough”. Apparently the new logo was made by the request of Nike.  They wanted to have a more simple design to make the reproduction of the kit more cheaper. But following the big unrest within the fans, the club dropped the new crest in the following season. They asked the fans to choose between three options and used the one which was chosen by them.

There was an even bigger outcry in Leeds, following the new crest made in 2018. It featured a torso with a fist paced against the heart symbolising the salute of the club. The reason for the new logo was the club’s centenary of its founding, but it resembled more to some communist and fascist art. What is even more shocking is that the process of designing it took more than six months with more than 10,000 people consulted about it. But fans hated it so the club owners had to withdraw it soon after its release.

Luckily the club management’s other decisions were much more successful like hiring Marcelo Bielsa as a new coach. Leeds won the Championship this season and won promotion to the Premier League after a 16-years hiatus. Online gambling sites in the UK are expecting the team to finish in the top half with the odds of 3.25.

Probably the worst football rebrands ever happened with the following two clubs. Austrian side SV Austria Salzburg and German club SSV Makranstadt. Red Bull purchased both clubs and totally changed their identities. The team in Salzburg at least stayed in the town, but apart from their stadium, almost everything changed. Their name, their crest and even the colours of the team were turned from violet to red and white. Of course, fans again were not happy about all these changes and a group of them made their own team with the original name SV Austria Salzburg. The club entered the seventh tier of the Austrian football system, at the moment they play in the third tier.

In Germany, an even more drastic change was made after Red Bull bought SSV Makranstadt’s license in 2009. Under their new name, RB Leipzig, the team started in the fifth tier. They won promotion to the top tier for the 2016-17 season. They finished as a runner-up and gained the right to play in the Champions League. The club’s colours are also red and white, but their crest is slightly different from the other Red Bull teams due to strict German regulations. It still has the two bulls but with a football in the centre instead of the sun. The crest of Makranstadt belongs to the original club which still plays in the fifth tier. While fans in Leipzig are surely happy to have such a great team in their city, the club is hated all around the country.