Would You Bet on Fellaini to Sign for Besiktas or Arsenal? 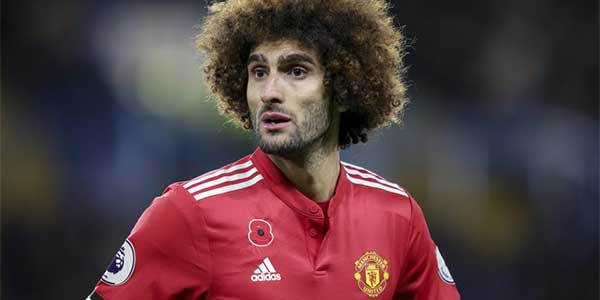 As the contract talks continue to drag on, Man United midfielder Marouane Fellaini has been spotted on several European football clubs’ radars for January. It is time now to bet on Fellaini to sign for Besiktas or Arsenal before his deal expires.

According to online sportsbooks in UK the Belgian international’s current deal at Old Trafford expires at the end of the season 2017/2018. Therefore Manchester United prefers to give Fellaini some freedom to speak to European clubs in January 2018. Otherwise the Belgian midfielder will leave next summer for free. The latest rumors swing between Fellaini either flying to the Turkish Super Lig or staying in the Premier League. We will try to put the potential deal in perspective for you to decide to bet on Fellaini to sign for Besiktas or Arsenal, or maybe even to West Ham.

Is Mourinho desperate to keep Fellaini?

Although Jose Mourinho is a big fan of Fellaini’s height and strength and considers him as a key player for the Red Devils, it seems that agreeing a deal beyond the next summer is proving difficult, especially after Fellaini turned down the new deal offered by Man United in September. Fellaini is on £120,000 a week and clearly the new terms in a two-year deal are not to his liking. He is already 30 years old, so a huge increase in his wage by Man Utd is unlikely, but who is willing to pay more?

Bet on Fellaini to Sign for Besiktas or Arsenal

Following the rumors on Fellaini visiting Istanbul earlier this month, Besiktas have confirmed that they already have big interest in him and they are vying for his signature. However they are not the only ones waiting him to visit and stay in Istanbul, the city rivals Galatasaray are preparing as well a bumper financial package.

If you believe the rumors can be true, we recommend you to opt for Besiktas. At BetVictor Sportsbook Besiktas have the highest odds of 3/1. Arsenal are also believed to be strong rivals with odds standing at 20/1. Thus the Gunners prefer not to pay transfer fee and to wait for the player’s contract to expire at the end of the season.

Surprisingly at BetVictor Sportsbook, West Ham United are considered the second destination for Fellaini, with odds standing at 10/1 Perhaps it is because West Ham put serious efforts to sign Fellaini in last winter breaks, but eventually they failed. Maybe this year they will renew their interest, though no statement has been made by David Moyes on the issue, and it is very questionable whether West Ham can cover Fellaini’s wage. However Moyes initially signed Fellaini back in 2008 during his time at Everton, so he is familiar with the player’s potentials.

The next home for Fellaini is not determined yet, which makes it more exciting to place a bet and wait for revelations at any moment, what is clear though that Fellaini’s journey with Man United is likely to end very soon.