Want a Taste of the Rich Life? Bet on Sydney Hobart Race 2017 Winner 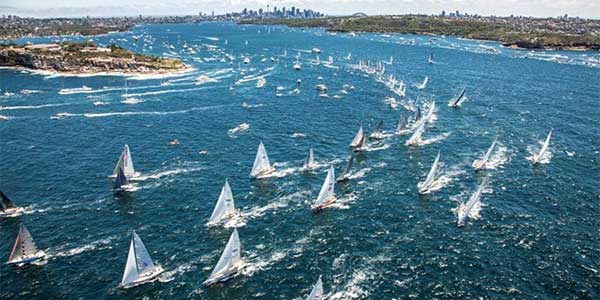 Ever wonder what billionaires do in their free time? Of course, they spend millions of dollars on maintaining their yachts in order to get the line honours in races. There is no prize money. Only the title matters! Indirectly experience the fancy life by keeping up-to-date on the Sydney Hobart Race 2017 winner and also bet on it!

This Boxing Day, December 26, marks the start of the 73rd Sydney Hobart race. At 1 pm sharp, over 100 yachts from 10 wealthy countries all over the world will sail off from Sydney Harbour. When New Year’s Day comes, the race ends. It’s how wealthy people spend their holidays.

The sailing route from Sydney to Hobart is in fact one of toughest in the world, with distance around 630 nautical miles. Based on previous races, it could take between 2 to 4 days for a yacht to cross the finish line and become Sydney Hobart Race 2017 winner. Who are the contenders? Odds from online gambling sites in Australia have already given us some insights!

Hail All! Royalty is On-board!

The Crown Prince and Princess of Denmark (source: Dailymail)

The Wild Oats XI yacht will be graced by Crown Prince Frederik of Denmark and wife Princess Mary. According to the latest online gambling news, the royal couple will also be boarding the yacht in the Sydney Hobart Race 2017. They are friends of the yacht’s owner Sandy Oatley, a Sydney businessman.

With the most line honours in Sydney Hobart Races, 8 victories to be exact, it’s no wonder that the Wild Oats XI have decent winning odds. Online sportsbook sites in Australia predict odds for her to get another line honour at (23/10). After all, you’ve got to become the Sydney Hobart Race 2017 winner to impress the royalty, right?

Being runner-up in any competition is probably the most unsatisfying feeling ever. That is Black Jack’s case in last year’s Sydney Hobart Race. But this year the previous winner won’t be participating so Black Jack has actually a chance to shine! Black Jack’s odds of becoming the Sydney Hobart Race 2017 winner is (4/1) according to online betting sites in Australia.

Peter Harburg, former car racer, bought Black Jack and rebranded her. Since then, Black Jack has undergone extensive modifications and was stripped of weight to make her lighter and faster. After the change, she has been highly successful in European races and is now aiming for line honour in Sydney Hobart Race 2017.

LDV Comanche is Your Best Bet!

LDV Comanche’s odds to win the Sydney Hobart Race this year is the highest of them all (19/20). Neville Crichton, a successful yachtsman, along with the same crew who won in 2015 are controlling the sails once again. As can you can expect, Sydney Hobart Race 2017 winner is most likely LDV Comanche.

Now that you’ve had a glimpse at rich people’s sports, why not bet on Sydney Hobart Race 2017 winner at Unibet Sportsbook? And if you win, who knows you might become the next millionaire!