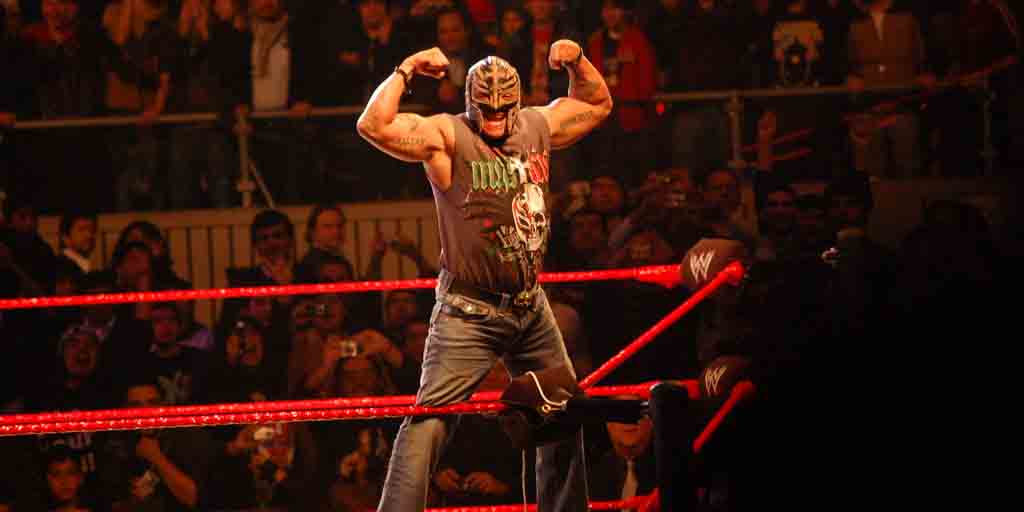 In the build-up for WWE’s Survivor Series, it has been announced that Brock Lesnar will be defending his WWE Championship against Mexico’s Rey Mysterio. The build-up to the match has been flourishing ever since late September. The ‘Beast’ had fired the first shots by beating down Mysterio’s son, Dominik. Although WWE Survivor Series 2019 Championship betting odds massively favor Lesnar, could we see ‘The Ultimate Underdog’ steal the win?

Can you believe that WWE used former two-time-Heavyweight UFC Champion Cain Velasquez as a storyline character in building-up this fight? Brock Lesnar and Rey Mysterio haven’t faced off in over a decade and Survivor Series’ Championship match looks to be one for the ages.

Leading up to the event, we have seen Lesnar beaten down by Mysterio on two separate occasions. Contrary to that, ‘the Beast Incarnate’ has also had his fair share of fun with pummeling down everybody that stands in his way. He had defeated Velasquez, a close friend of the Mexican, in 88 seconds via submission at the Crown Jewel event. So, what could be on the cards for Survivor Series 2019?

Despite all his likeability and unpredictability, Rey Mysterio is practically ruled-off by Unibet Sportsbook. The online sportsbook site in the UK has not backed the Mexican whatsoever and believes that Brock Lesnar will beat him to a pulp. If you believe that the Beast will defeat Mysterio and retain the title-belt, the betting odds of 1.44 are there for the taking.

It is true that Brock Lesnar is by far the more accomplished professional. He has more titles in WWE, a bigger CV and is a professional NFL player and former UFC Champion. There is no doubting it, the Beast is deservedly favorite.

Lesnar has the record for most Suplexes in a single match as well. His 14 against John Cena at the 2014 Summerslam was incredible, to say the least. Unibet Sportsbook is offering betting odds of 7.00 for Brock Lesnar to break the record against Rey Mysterio. Could ‘The Giant Killer’ be sent to Suplex City as well?

Why it would be Foolish to Write Off Mysterio

Although there is no question about it, Lesnar is by far the biggest predator between the two. However, WWE is story-lined. That gives the 619 master a decent chance of overcoming the Beast. Here’s a couple of reasons why Rey Mysterio could go on to win the title for odds 2.60.

Brock Lesnar’s Schedule: Although this may not have much to do with the fight itself, a source in WWE has released info that the Beast does not have any listed dates internally after Survivor Series. That would leave WWE in need of updating his schedule or else they risk not having a Champion for the following weeks. This would pave the way open for Mysterio, who at 44 may have a last stint as champion.

Build-up for potential Cain Velasquez vs Brock Lesnar feud: Another interesting factor may be Cain Velasquez, who has recently been signed on a multi-year contract by WWE. With both professionals having been UFC Champions, the crowds would go wild to see this two square-off. We may see Velasquez intervene in the match which could leave him and Brock developing a WWE rivalry.

Although it is tricky to back one of the athletes over the other, Rey Mysterio’s betting odds look better to place a bet on. WWE is a story-lined sport which means that the company will do what’s best for business.

Other Survivor Series bets could be placed on how the victor will rise. Could it be through a pinfall to the count of three for betting odds of 1.25. Alternatively, a submission victory would weigh up odds of 4.00.

And if the Beast Incarnate performs his signature devastating F-5 move exactly one time, punters can make the most of 1.75 betting odds.

The WWE Survivor Series 2019 Championship betting odds are all set by the online gambling site. Before placing a wager, don’t forget to take a look at the latest review about Unibet Sportsbook.

Click here to visit Unibet to check all the WWE bets