Despite slowing revenues in the Chinese gambling Mecca, Macau, Wynn Resorts remains confident and invests another $4 billion in the enclave. 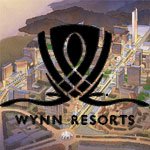 Macau casinos, operating in full compliance with Chinese gambling laws, have long overtook Las Vegas in terms of revenues and growth rate, but currently enjoy a cool off period.

This didn’t stop Steve Wynn, the owner of US gambling giant Wynn Resorts, from investing another $4 billion into its latest casino resort in Macau. Wynn told China gambling news that he is confident in the region’s growth potential and sees the new property returning on the investment despite current cool economic climate.

Steve Wynn had the following comments: “Growth of the market has been so spectacular, the expansion so dramatic, it is unrealistic for it to continue at that rate.” He acknowledged the staggering development of Macau, noting that the market doesn’t have to be developing at such fast rates in order to provide profits to the operators.

Recent years saw Macau generating more than five times the revenue that Las Vegas manages to cough up, yet the current numbers reveal that growth slowed down to “only” 7.3 percent in May 2012, which was the slowest rate since July 2009.

Competition on the island is still fierce, with such gambling giants as Las Vegas Sands, SJM Holdings and MGM Resorts all looking to further expand their operations. Another factor behind the slowing growth of Macau is the rapidly increasing online gambling market including the online casinos in China.

Wynn Resorts investment is already in the works, with the Macau division of the gambling mogul breaking ground on a 20 hectare site situated on the Cotai Strip, which is an area of reclaimed land. The new Wynn casino resort is expected to open its doors by the year 2016.