Your guide to betting on African football

News >Your guide to betting on African football 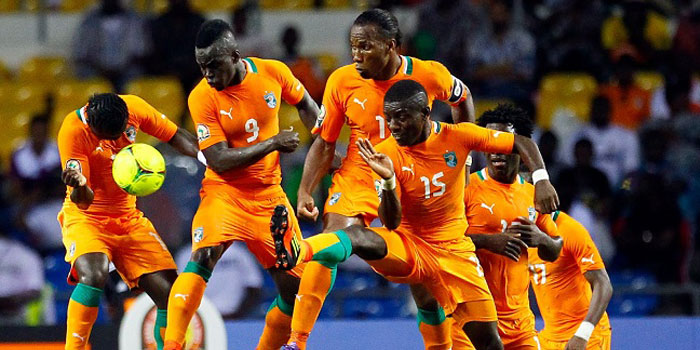 Many potential punters in Africa don’t know that they are allowed to bet, and lots of gamblers elsewhere don’t know where to start when it comes to betting on Africa football!

African Cup of Nations qualifiers resume this week, so there’s plenty opportunity for betting on African football. Most weekends, sports fans from Nairobi to Accra are glued to the English Premier League, but this is a chance for those who bet on sports in Kenya, and elsewhere, to concentrate on matches taking place closer to home. For those betting from abroad, perhaps the European friendlies are all a bit predictable: these qualifiers will be competitive, and with the help of this guide you’ll know exactly where to put your money!

If you have only ever bet on sports in the EU, you might just know a few football teams from Africa. One of those is sure to be Cote D’ivoire (The Ivory Coast), who won the most recent African Cup of Nations. They play Sudan on Friday: they are a very safe bet to add to your accumulator, at 1.13 (13/100) at betcart Sportsbook.

Another big football nation on the continent is Algeria, who almost knocked eventual-winners Germany out of the 2014 World Cup. They feature Leicester star Riyad Mahrez, who should make them another safe bet at 1.15 (3/20). Unlike in the Ivory Coast, though, it is illegal to bet in Algeria. The same is true of neighbouring Tunisia, who go into their match against Togo on Friday as strong favourites at 1.68 (17/25).

Another likely winner where sports betting is prohibited is Mali. They go into their qualifier against Equatorial Guinea as 1.46 (23/50) favourites, but only those betting on African football from elsewhere will be able to profit from success. It’s a different story in Zambia, where sports betting is legal and increasing in popularity. They won the Cup of Nations in 2012 and should be too strong for the Democratic Republic of Congo. Add them to your accumulator; they are 1.76 (19/25) to beat their northern neighbours at betcart Sportsbook.

Best Bets in other big African clashes this week

If you want to bet on sports in Nigeria, you’re in luck: it’s legal to do so in Africa’s most populous country. Friday’s clash against Egypt is a good place to start: both these teams’ have impressive history having won the Cup of Nations three times between them. The Egyptians feature Roma striker Mohamed Salah, who at 23 has already scored an impressive 22 goals for his country. However, Nigeria feature many English Premier League stars such as Odion Ighalo, Victor Moses and two of the division’ most promising attackers: Arsenal’s Alex Iwobi and Manchester City’s Kelechi Iheanacho. This strength in depth should see them through: they are 1.76 (19/25) to win.

Two footballing nations where it is legal to bet on sports face each other on Saturday: 2010 World Cup host’s South Africa travel to new Omnisport Stadium in Limbe to face Cameroon. The home side will look to Tottenham’s Clinton N’Jie for goals, while South Africa will have to rely on the experience of keeper Itumeleng Khune; he has almost as many caps as the whole squad put-together! Cameroon should win this: they are 2.05 (21/20) at betcart Sportsbook.

The highest ranked Africa nation is none other than Cape Verde, proudly sitting at 31st position in the world. They face Morocco, who recently appointed Herve Renard; he is seeking a record third Cup of Nations victory. Despite being ranked as only the 19th best team on the continent, they have class through the pitch: from FC Twente’s midfield livewire Hakim Ziyech to Bayern Munich defender Medhi Benatia. This clash will take place in Praia on Saturday and then be repeated in Marrakech on Tuesday: bet on the outsiders Morocco to do the double.

If you’re betting on African football this week, and bet Kenya international match with Guinea Bissau, you won’t be the only one! Football betting is spreading like wildfire in the East African nation, and their latest international fixture is sure to be no different. Expect Southampton powerhouse Victor Wanyama to lead the Harambee Stars to victory. They are 2.65 (33/20) to win at betcart Sportsbook.