Promotion >Cash Prizes Every Day at Vbet: Cheshire Bonus With a €444,000 Fund!

Vbet Casino offers you to take part in cash prizes every day. Hurry up to check the details for the offer and win your share of €444,000. 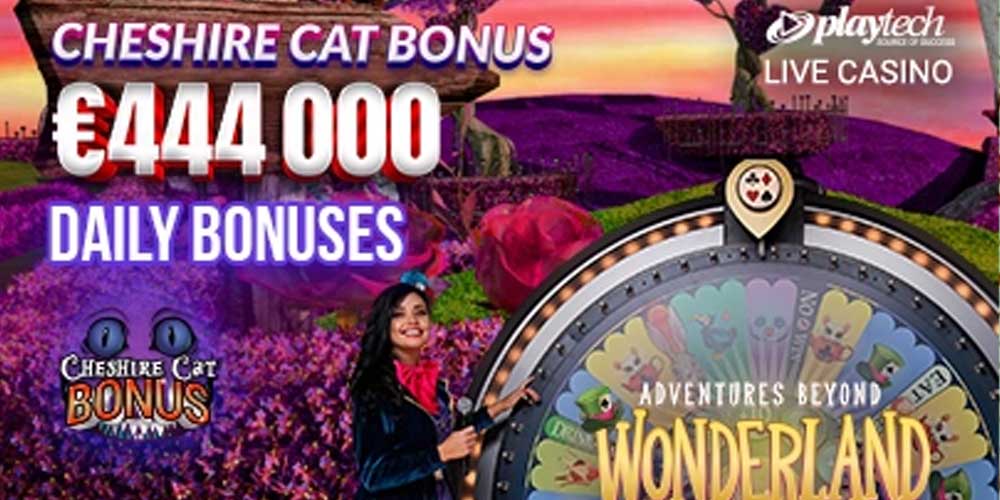 Adventures Beyond Wonderland wants to reveal its CHESHIRE CAT BONUS with a €444,000 fund at Vbet Casino. Interested? So save the date. Starting from February 17 until April 11, there will be a CHESHIRE CAT BONUS promotion for 54 days! 20 Daily Bonus Rounds will take place during the promotion. You will have the chance to take your share of €410 per round every day! So, just take part in cash prizes every day at Vbet Casino.

Cash prizes every day at Vbet Casino: here’s how it works

Place a min bet of €1 on the Adventures Beyond Wonderland Live table in order to be eligible to participate in the CHESHIRE CAT BONUS promotion.

Win your share of the €444,000 total fund during the CHESHIRE CAT BONUS active hours with the promotion.

In addition, don’t forget to check our latest review about Vbet Casino.