Atlético will have to gather all their offensive pieces on April 13. Many are expecting City to win but there have been plenty of surprises this season so far. In fact, a penalty shootout is not out of the question either. Check out these Atlético Madrid v Man City betting lines. 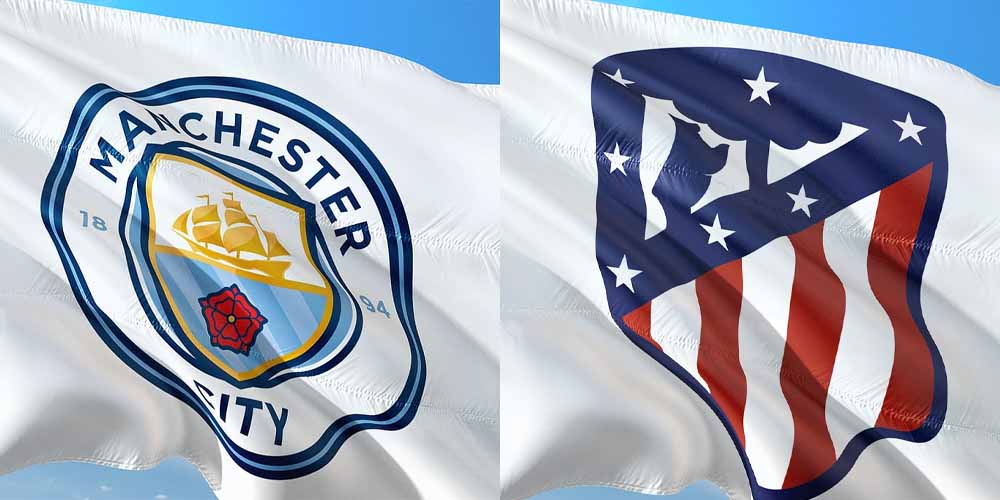 Atlético have received a lot of criticism for their tactics against Man City in their previous matchup. The media, players, and fans alike questioned or openly criticized Simeone’s defensive approach. But what many expected to be a high-scoring match, ended only in a 1-0 win to Man City. However, Atlético will have to go on the offensive if they want to have any chance of making it through to the semis. The Spanish club is outclassed in almost every category. The good thing, depending on how we look at it, is that Atlético haven’t lost a home match since February 16. This next segment in the Atlético Madrid v Man City betting lines is for formations. We don’t expect Madrid to keep to their ultra-defensive tactics on April 13 so their 4-4-2 or 3-5-2 formations are likely to return. There has been one major change, City are not the favorites to win the UCL anymore.

Claim 22BET's 100% match bonus up to €122. 18+. New customers only. Valid for 7 days. Wagering requirement is 5x in accumulator bets. Minimum deposit €1. General T&C apply.
Claim Bonus22BET Sportsbook review
After the 1st leg Liverpool have overtaken City as the favorites for the title. Atlético Madrid v Man City betting lines: City is expected to win but the margin isn’t that wide anymore. City hasn’t lost an away match since mid-December so everyone expects them to go to Madrid with confidence. Their 4-3-3 attacking formation hasn’t been changed since February 9. There are a few injuries on both sides. Dias remains out indefinitely but Gabriel Jesus is expected to return to the lineup on April 14, just one day late. As for Atlético, the return of both Herrera and Giménez are still cloudy. Both are out with a muscle injury since the beginning of April which can take anywhere between three weeks and several months to recover from. Felipe, who’s been an important piece in the Atletico defense in recent matches, is also risking suspension.