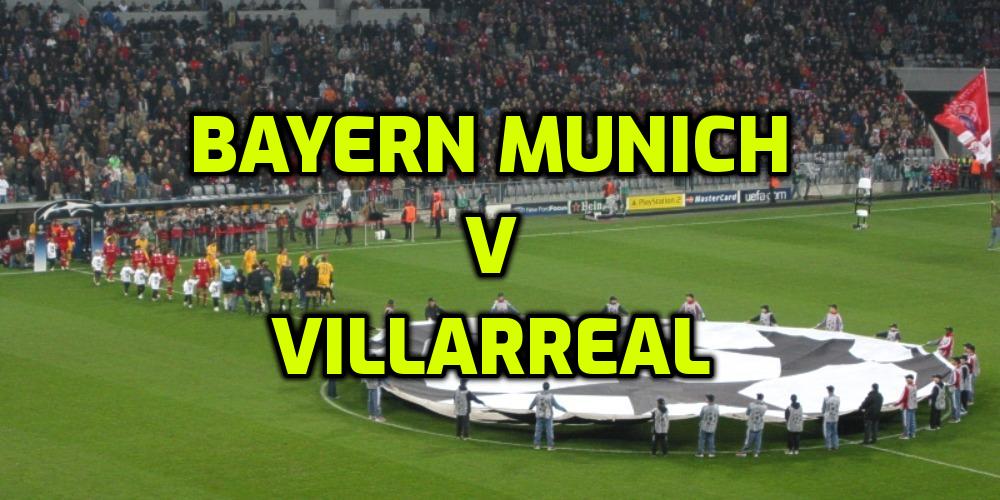 Villarreal is coming off of an upset against Bayern as they beat the German side 1-0 in their 1st leg matchup. And despite being outperformed in shots, pass accuracy, possession, and all the major statistical categories Villarreal managed to score an early goal that gave them a much-needed win. In the 2nd leg, however, they head to Munich. The last time Bayern lost a home match was over three months ago and we all saw how they bounced back against Salzburg in the Round of 16. Bayern has been using two formations all season long, 3-4-2-1 and 4-2-3-1. So seeing how they lost their previous match using the latter format, they might return to the 3-4-2-1 formation. We could say that Villarreal has been experiencing throughout the Champions League as they’ve had six different formations so far. Injuries and suspensions could also affect any Bayern Munich v Villarreal betting tips.

Villarreal’s Alberto Moreno is still out with injury and there’s no clear date on his return. Midfielder Vicente Iborra is also risking a suspension as he racked up four yellow cards already. No clear danger however as neither of these players is starting eleven regulars. Bayern has three players out with injury. Eric Maxim Choupo-Moting, Bouna Sarr, and Corentin Tolisso are all out with no foreseeable return as of right now. Frankly, Choupo-Moting and Sarr are both squad rotation players and Tolisso wasn’t a regular starter either. So let’s hope everyone will have a speedy recovery. In their last five matches across all competitions, Villarreal is 3-0-2 while Bayern has a 3-1-1 record. Many believe that Villarreal isn’t advancing through to the semi-finals on April 12. The world is also expecting Lewandowski to recapture his form after Benzema is now only one goal behind him as a top goal scorer.